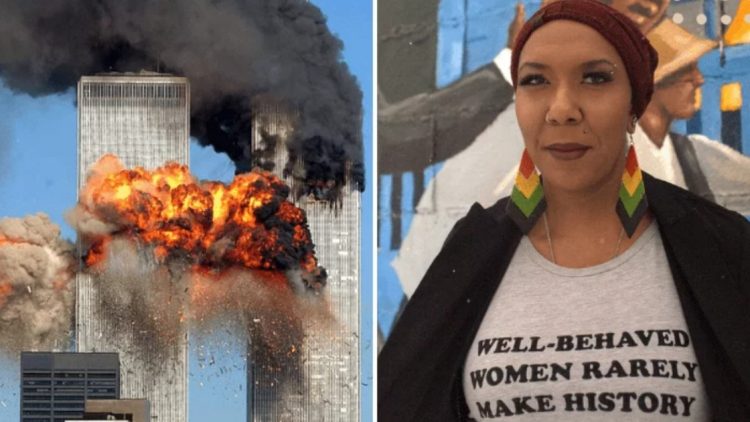 An assistant professor of political science at Syracuse University is receiving criticism for a tweet seeming to justify the Sept. 11, 2001 terror attacks that killed over 3,000 Americans.

“We have to be more honest about what 9/11 was and what it wasn’t. It was an attack on the heteropatriarchal capitalistic systems that America relies upon to wrangle other countries into passivity,” professor Jenn M. Jackson tweeted a day before the 20th anniversary of the Sept. 11, 2001 terror attacks.

“It was an attack on the systems that white Americans fight to protect,” she added.

Jackson, who describes herself on Twitter as a “Genderflux” person who goes by “all pronouns,” also tweeted her dismay with “white pundits” who still talk about Sept. 11th after 20 years.

“It’s twenty years since 9/11 and I’m still really disturbed by how many white pundits and correspondents talk about it,” Jackson, who also is a columnist for teen magazine Teen Vogue, said.

“White Americans might not have really felt true fear before 9/11 because they never felt what it meant to be accessible, vulnerable, and on the receiving side of military violence at home. But, white Americans’ experiences are not a stand-in for ‘America,'” she continued. “Plenty of us Americans know what it’s like to experience fear and we knew before 9/11. For a lot of us, we know fear *because* of other Americans.”

Since receiving heavy criticism for her 9/11 tweets, Jackson has made her Twitter profile private where only “approved followers” can see what she tweets.

“To think about the heavy tuition prices parents and students pay to hear this garbage at our universities,” said TV/Radio Commentator Lisa Daftari.

“Wonder what @JennMJacksonPhD thinks about ISIS and Boko Haram’s atrocities in West Africa and the Sahel,” said Kyle Matthews, the director of the human rights think tank Montreal Institute for Genocide and Human Rights Studies.

“Of course, because if Osama bin Laden was about anything, it was striking down heteropatriarchy…” tweeted author Matt Taibbi.

“This ‘professor’ is a glaring example of what has gone so wrong with our colleges and universities. We need to clean house give our young people an informed and balanced perspective,” replied one Twitter user to Jackson’s comments.

“Imagine my surprise to read that she is affiliated with gender studies, african studies, and lgbtq studies,” said another.