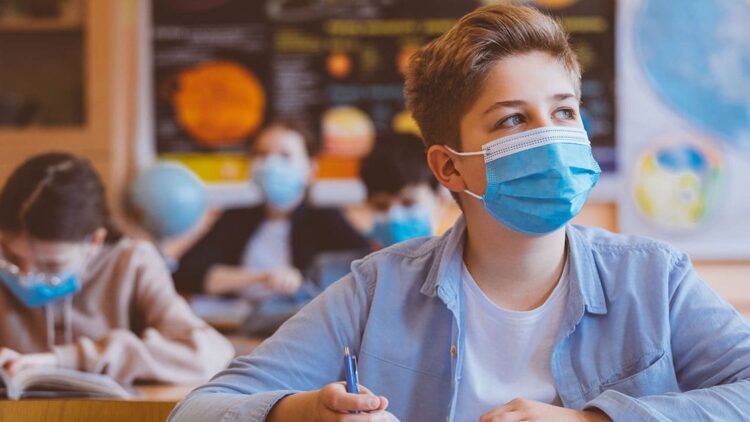 A study published in the Journal of the American Medical Association found that children should not be forced to wear face masks due to them causing unhealthy levels of carbon dioxide.

The clinical trial titled “Experimental Assessment of Carbon Dioxide Content in Inhaled Air With or Without Face Masks in Healthy Children” found that the case for governments to mandate children wear masks in school is “weak.”

“This is because of the dead-space volume of the masks, which collects exhaled carbon dioxide quickly after a short time,” the study said. “This carbon dioxide mixes with fresh air and elevates the carbon dioxide content of inhaled air under the mask, and this was more pronounced in this study for younger children.”

“We suggest that decision-makers weigh the hard evidence produced by these experimental measurements accordingly, which suggest that children should not be forced to wear face masks,” the study concluded.

The Centers for Disease Control and Prevention still maintains that everyone over the age of 2 should wear face masks. The agency says in order for schools to open safely and “provide in-person instruction safely” there should be consistent use of “prevention strategies, including universal and correct use of masks and physical distancing.”