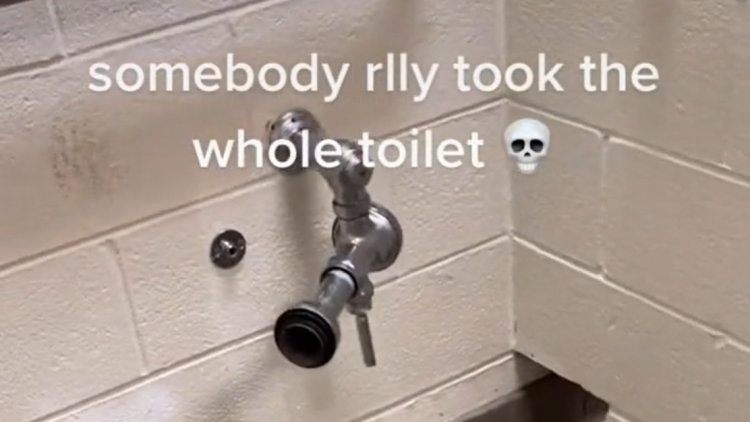 A new TikTok trend that encourages students to vandalize school restrooms and behave like animals is spreading across the country.

“We have noticed an uptick in TikTok trends such as challenges that encourage kids to destroy the soap dispenser in the bathroom and kids making animal noises toward each other, specifically barking,” says a concerned letter to parents sent by officials at Camp Ernst Middle School in Kentucky.

“We have invested some time trying to understand the origins of these changes in behavior,” the letter continues. “We have found that social media outlets are usually where these trends originate and circulate. We are definitely seeing it in our schools.”

The school says they wanted to create awareness among parents of what their children may be viewing on social media and “to be aware” of the various trends.

Students are being encouraged to commit a “lick,” a term made up by TikTok users to mean “theft” while on school property. Students post videos of themselves stealing things such as soap dispensers, backpacks, and computers. The trend has morphed into a full-on vandalism binge inside school bathrooms with entire stalls being removed and destroyed in some cases.

“I don’t think a lot of them realize at the elementary school level that they are vandalizing, they just think they’re doing something funny because they saw it on Tiktok,” said Paula Merrigan, a teacher at Independent Elementary School in Castro Valley, California.

“Can’t use this bathroom anymore this ain’t even a #lick this straight up vandalism,” one TikTok user posted along with a video claiming to be the school’s vandalized bathroom.

In another video which has over 2.6 million views, a bathroom is totally ruined and the toilet was even stolen.

Students recorded themselves listening to a school announcement on the TikTok trend, warning students that they may be prosecuted if they’re caught stealing from the school.

“We need to eliminate this TikTok issue that’s going along, we are aware of it and we will prosecute,” a school official says over the loudspeaker as kids laugh at and shoot the finger at the speaker.

A student is seen removing the soap from the bathroom dispenser and throwing it against the wall in a separate TikTok video that has over 271,000 likes.