Student at New Hampshire high school suspended for saying there are only two genders, lawsuit says 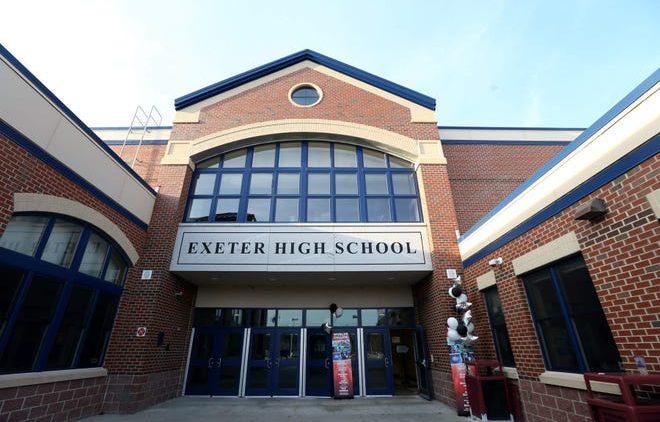 A New Hampshire student-athlete is suing his school district after he was suspended for saying there are “only two genders.”

A bus-ride discussion between students over the type of pronouns that could be used to describe people in the Spanish language got out of hand, causing the student in question to be suspended from a football game. Now, he and his mother are seeking nominal damages against New Hampshire School Administrative Unite 16 (SAU16) and Exeter High School Assistant Principal Mary Dovholuk.

The lawsuit filed last week in Rockingham Superior Court only identified the student as “M.P.” in court documents and alleges that his constitutional right to free speech was violated. The lawsuit also said that his suspension violated the New Hampshire Bill of Rights which protects his right to express his religious Catholic beliefs.

“The student does not deny that he violated the Gender Nonconforming Students policy. He in fact denied, and will continue to deny, that any person can belong to a gender other than that of ‘male’ or ‘female,’” the lawsuit states. “The student will never refer to any individual person using plural pronouns such as ‘they,’ using contrived pronouns such as ‘ze,’ or with any similar terminology that reflects values which [the student] does not share.”

M.P.’s lawsuit describes how a peer introduced themselves as “non-binary” in Spanish class and wanted to be addressed by “they.” The suit then details how M.P. chatted with friends about the difficulty of using third-person pronouns when referring to themselves in Spanish. After that, the lawsuit explains how a female student overheard the conversation and told him, “there’s more than two genders.”

“No there isn’t, there’s only two genders,” M.P. responded.

The female student then texted him and told him to “give one valid reason why there’s only two genders,” the lawsuit states. The two then engaged in a conversation on the topic over text.

According to the lawsuit, those texts were later handed over to the school’s administration, resulting in M.P.’s suspension for reportedly both failing to respect another student’s gender pronouns and for “inappropriate language” used in his texts, such as “bozo” and “stfu.”

M.P. believes that the school’s staff did not have the authority to punish him because his text messages were from an off-campus conversation that was initiated by another student.

“Regardless of what defendants may think about these words, M.P. did not use profane or insulting language toward any person while in the school building, on a school bus, during school activities, or on school property in any of the events leading up to his athletic suspension and this case.”

Exeter High School has not yet commented publicly on the lawsuit, nor did they respond to the Independent Chronicle’s request for comment.