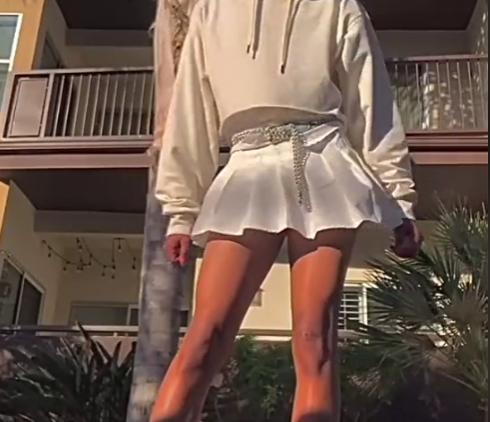 Hashtags like #femboyfriday are all over TikTok, as both gay and straight boys twirl around in dresses, crop tops, and skirts while sporting manicured nails and feminine accessories.

The femboys trend is all about boys embracing femininity even when they are straight or non-binary. “I wasn’t aware that there were tons of other boys like me, so the term gave me a community,” says Seth, a 17-year-old who identifies as a femboy.

Seth’s video has racked up over a million views and he has close to 250k followers on TikTok.

Lots of others expressed similar feelings about the sense of belonging and community that the femboys trend has given them.

“Once I saw this femboy trend, I was like, ‘Oh, I bet the world is finally ready!’” says a 21-year-old TikTok user named Moy.

“When I first started posting my femboy TikToks, the community was so accepting and kind and even loving. Everyone loved what I posted and loved what I wore, which boosted my confidence immensely and made me feel accepted,” says Jaydden, 16.

The femboys believe that their perspective on cross dressing – that it doesn’t necessarily mean that the person is gay – exemplifies culturally changing gender norms.

“The femboy trend on TikTok shows that more men nowadays are comfortable with their sexuality and masculinity, and that clothing does not define any of that,” Jaydden maintains. “People can wear what they want without threatening their masculinity.”

Moy is thankful for that, since he has been ridiculed and accused of being gay in the past when his affinity for cross-dressing was revealed.

“My parents wouldn’t let me wear skirts because they were scared people would think I was gay,” he says. “I know my sexuality – I’m straight – but I still want to wear skirts and crop-tops, go to nail salons and feel pretty.”

Seth feels that gender is more of a fluid concept and thinks the femboy movement affirms that. “Labels don’t really matter to me – I think I could be attracted to anyone,” he says.

Despite feelings of belonging and support within the femboy community, the femboys expressed that they are still often targets of hate and homophobia from the outside world.

“Over time, my videos reached the wrong side of TikTok and I received thousands of hateful and homophobic comments,” Jaydden says. “It made me feel horrible for just being me and expressing myself.”

Many of the femboys feel that expanded tolerance and understanding of their feminine inclinations is the right direction for society to be taking.

“Men often conflate femininity with weakness, when that is not at all the case,” Seth explains. “People need to see men disregard traditional norms to deconstruct the toxic beliefs they’ve been taught – visibility is the first step necessary for change.”