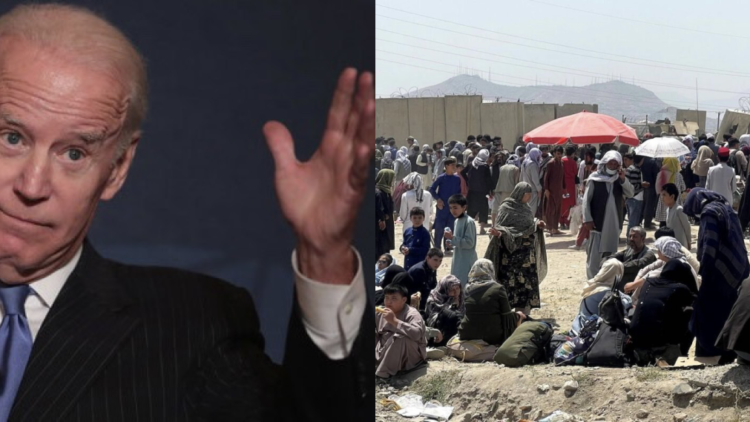 American citizens attempting to flee Afghanistan may be forced to pay $2,000.00 or more each for a repatriation flight from the United States government.

“Repatriation flights are not free, and passengers will be required to sign a promissory loan agreement and may not be eligible to renew their U.S. passports until the loan is repaid. The cost may be $2,000USD or more per person. ” the Overseas Security Advisory Council website says.

The OSAC announced Saturday that they had received reports that international commercial flights are still operating from Kabul. However, seats may not be available. “The U.S. Embassy is exploring options for U.S. citizens who want to depart and who have not been able to find a seat on commercial flights,” their site states.

“We’re gonna get everyone that we can possibly evacuate evacuated, and I’ll do that as long as we possibly can — until the clock runs out or we run out of capability,” Defense Secretary Lloyd Austin said on Wednesday, referencing the Aug. 31 evacuation deadline.

“We don’t have the capability to go out and collect large numbers of people,” Austin added. There are an estimated 15,000 Americans trapped in Afghanistan as the Taliban continues to take over the war-torn nation.

Reactions to the government charging American citizens thousands of dollars to repatriate to the United States from Afghanistan while the Taliban takes over the country spread across social media.

“Oh, you’d like to escape the Taliban? That’ll be one month’s rent, please,” quipped John Cooper.

“Hunter got the Contract for Travel, and 10% goes to the Big Guy,” replied another Twitter user.

“The US govt. wasted 2 trillion dollars on Afghanistan but can’t be bothered to write-off a few million dollars to repatriate American citizens from a war-torn country,” said another.

“How many billions did we just donate to the Taliban?” asked someone else.

“Well that’s nice. If you can even get to the airport,” said one Twitter user.

“The speed at which they changed their tune is faster than any musician could have done it,” replied another.

State Department spokesman Ned Price clarified the policy, stating that “In these unique circumstances, we have no intention of seeking any reimbursement from those fleeing Afghanistan,” according to the Washington Examiner.

Before the statement by Price, a State Department spokesperson did not deny that U.S. citizens were being asked to pay for flights out of Afghanistan.

“U.S. law requires that evacuation assistance to private U.S. citizens or third-country nationals be provided ‘on a reimbursable basis to the maximum extent practicable.’ The situation is extremely fluid, and we are working to overcome obstacles as they arise,” the representative said, according to Politico.