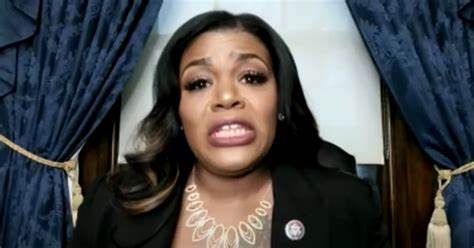 “When they say that the 4th of July is about American freedom, remember this: the freedom they’re referring to is for white people. This land is stolen land and Black people still aren’t free,” Bush tweeted.

“How were you elected, then?” replied Nick Searcy.

“There are plenty of black Americans who have taken advantage of Freedom to succeed: Barack Obama, Kamala Harris, Clarence Thomas, to name a few. How is there ‘systematic racism’ when we had a black president, VP, SCOTUS justice? Because of hard work & opportunity. Stop lying,” replied Kyle Becker.

“You are a sad excuse for a sitting elected official. This land was conquered and tamed by individuals of all colors and you dishonor them. You are free, free to live in any other country you wish traitor,” said Col. Rob Maness.

“Ah, yes – Marxist moron… Remember you have the freedom to leave since you feel you live on stolen land… And you being black you do have the freedom of all citizens to speak out and be as woke and evil as you wish…feel free to move to Cuba and join your fellow travelers…” said Tony Shaffer.

“Speak for your damn self! I’m free and free indeed! 59 years old and retired tractor trailer driver! Started my own LLC. Strengthen The Community! Help feed and house the homeless and less fortunate individuals and families! Helping to change the quality of their Lives! Freedom,” replied another Twitter user.

“Black people aren’t free? Your district hasn’t had a white representative in over 50 years. You, a black woman, went from being a nurse to being elected to one of the highest offices in the country. How much more freedom are you looking for?” Replied another.

“I’m Black and I’m very much free thank you! I will continue to advocate for criminal justice reform, but please know that this Black woman is VERY MUCH FREE,” replied another.