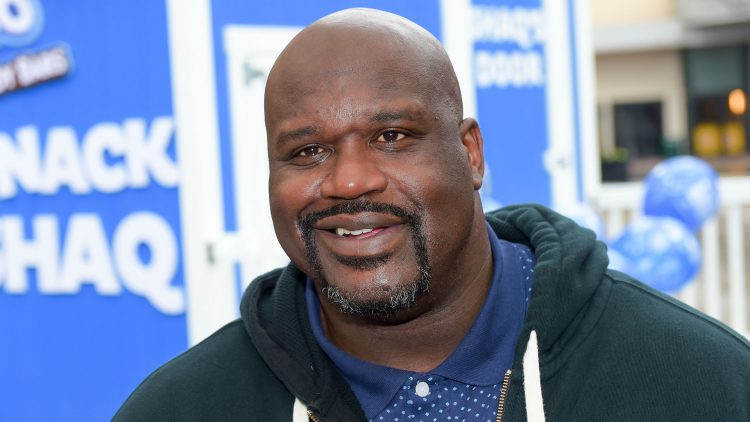 Basketball star and legend Shaquille O’Neal says he doesn’t want to be lumped into the celebrity category as most celebs, according to him, are “freaking crazy.”

“These celebrities are going freaking crazy, and I don’t want to be one. I denounce my celebrity-ness today. I’m done with it,” O’Neal told The New York Post while promoting his new campaign with Kellogg’s.

The former Lakers star who retired in 2011 from his NBA career says he doesn’t want to be remembered as a celebrity, but rather a nice person who used his status to help others.

“I don’t want to be in that category. Celebrities are crazy, they really are. Don’t call me that anymore. These people are out of their freaking mind with how they treat people, what they do, what they say. That’s never been me. I never want to be looked at like that,” he said.

Shaq prefers to make headlines for doing random acts of kindness, and he tries to do at least two every week. Recently he paid for a stranger’s engagement ring and funded one of his favorite Atlanta restaurants after being negatively impacted by the COVID-19 pandemic.

“All my life, everyone probably gets stereotyped, but us celebrities, we get stereotyped because most of these celebrities are out of their mind. I don’t do that. I’m a regular person that listened, followed his dreams, and made it,” he said.

O’Neal came from a poor family in Newark, New Jersey. He thanks the Boys & Girls Club of America for helping to keep him off the streets as a young man.

“When they talk about Shaq, what do you say? ‘He’s a nice guy.’ Because what else can you be? You’re either nice, or you’re the A-word, and I definitely won’t be looked at as the A-word,” he said.

“I want people to say, ‘Bro, he’s nice. He didn’t have an entourage. His people didn’t take my phone because I took a picture and threw it.'”

Mission Tiger has pledged to purchase new sporting equipment and uniforms for students across the country. The schools involved in the program are located in cities where O’Neal played over his 19 season career, including Boston, Cleveland, Los Angeles, Miami, Orlando, and Phoenix.

“It’s a dream come true,” O’Neal said about his new campaign. “Earlier this year, Tony the Tiger and I teamed up to take Mission Tiger to a whole new level to help more kids, so we created this new cereal.”