Santa is now gay, according to new Norwegian commercial 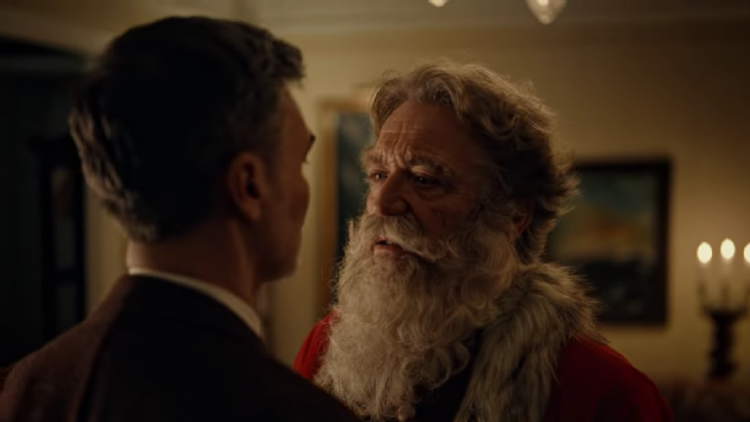 A Norwegian ad has ignored the presence of Mrs. Claus in favor of a new story in which Santa is gay and falls in love with a man named Harry.

“Posten is an inclusive workplace with great diversity, and we would like to celebrate the 50th anniversary with this fine love story,” Monica Solberg, Posten’s marketing director, told LGBTQ Nation,

The 4-minute ad “When Harry Met Santa,” begins by showing a shirtless Harry encountering Santa by his Christmas tree. Santa stares, disappears up the chimney, and fireworks explode in the sky.

The ad, for Norway’s postal service, Posten, shows Harry and Santa’s relationship develop over the years.

One year, Harry awakes to Santa watching him with a loving smile. “Do I look nice?” Harry asks at one point. “You look nice,” Santa confirms. Fireworks are interwoven among the anecdotes.

“I’ll miss you,” Santa says, leaving a weeping Harry to lament only seeing Santa “one day a year.”

“Dear Santa,” Harry writes. “All I want for Christmas is you.”

“I arranged some help this year,” Santa says, surprising Harry by appearing at his house on Christmas Eve, “so I can be with you.” The two men share a passionate kiss.

“In addition to showing the flexibility of our services, we want to put it in a socially relevant setting, with themes that are important for the society around us and for us at Norway Post,” Solberg said.

“Norway Post has connected people for 375 years, and will continue to do so regardless of orientation or gender identity,” she continued.

“That’s my husband kissing Santa!” Mats Strandberg wrote on Twitter. Strandberg is the real-life husband of the actor who played Harry in the commercial.

“I think it’s absolutely wonderful. The full advert gives more context and is powerful and moving. It ends with “In 2022, Norway will celebrate 50 years of loving whoever we want” – decriminalising homosexuality. We need more love in the world!

Some people were not as thrilled, and objected to the sexualization of Christmas and of Santa Claus.

“Why the urge to make everything what’s children related or originally heterosexual(infact non sexual at all) portrayed as #gay,” tweeted one person.

“Mrs Clause has been sexualised for a while. Just Santa’s turn now,” observed another.

“What’s next?  Norway going to try to normalize pedophilia with Santa and his child-like elves?” one Twitter user wondered.

Controversial ads are nothing new for the Posten, however. One commercial called “Make Christmas Great Again,” portrayed an angry and belligerent Santa supposed to resemble former President Trump. Still another portrayed St. Joseph, Jesus’s father on earth, as a mailman.

“It has been a dark year for everyone – A global pandemic, code red for our planet, refugee crisis and more,” Solberg remarked. “Perhaps what we need this year is a warm and heartfelt love story? A celebration of the fact that we can love whomever we want in Norway, despite everything bad that happens around the world.”