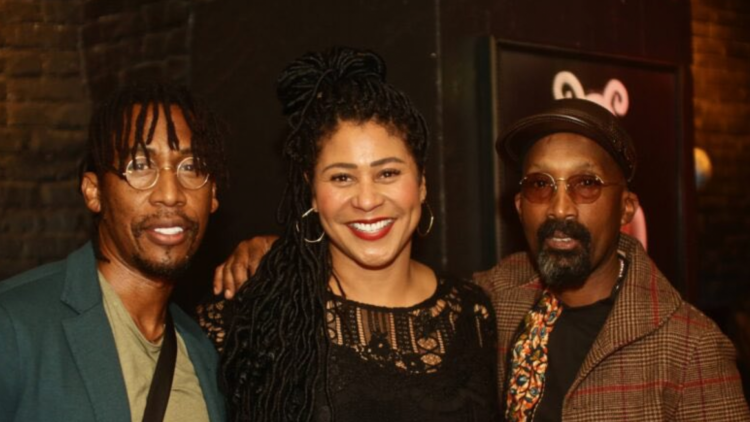 San Francisco Mayor London Breed broke her mask mandate while partying and singing maskless in a nightclub with a Black Lives Matter co-founder.

“Everyone, including people who are fully vaccinated, must wear a well-fitted mask in indoor public settings at all times,” San Francisco’s health order says. “People may remove their well-fitted mask while actively eating or drinking.”

Images show drinks scattered throughout the table. However, Breed was not “actively” eating or drinking while not wearing her mask. She was also not wearing the mask while singing and dancing with Black Lives Matter co-founder Alicia Garza.

The Black Cat Nightclub’s Instagram page had posted, and then deleted, a photo showing Breed smiling and partying with friends maskless on Wednesday evening, the San Francisco Chronicle reported.

The Mayor and her friends were enjoying a surprise performance from Bay Area R&B group Tony! Toni! Toné! at the Black Cat. Their maskless escapades fly directly in the face of the Mayor’s own words – demanding citizens wear masks at all times.

“You know, wear your mask, look at the environment, and be aware that COVID is still out there,” said Mayor Breed in May.

“We are definitely close to a mandate of wearing masks, and I know people are tired of being told what to do, but the fact is this is where we are,” she said in July.

Mariecar Mendoza, the San Francisco Chronicles Senior A&E Editor, tweeted a video of the event at the Black Cat where Mayor Breed can be seen in the back dancing and singing maskless.

“She’s been very clear that everybody needs to do their part. We’re not out of the woods. San Francisco’s rules have been very restrictive, and I don’t see her playing her part in that photo,” Danielle Rabkin, owner of Crossfit Golden Gate Gym, said.

“She clearly feels like it’s fine and safe to remove her mask then let that be the rule for everybody,” Rabkin added. “You’re not impervious to COVID any more than I am, so let the rules for you be the same as the rules for me.”

The Mayor told the San Francisco Chronicle that she gets tested for COVID-19 “often” and that “at the end of the day, everyone who comes in here has to show proof of vaccination. That gives me a lot of reassurance.”

“I’ve been very careful, not just because I want to set an example but because I don’t want to get COVID. I also want to make sure that I’m not someone transmitting COVID to other people,” she said. “This entire pandemic has been focused on keeping people safe.”