Safe Space: Checking in on Democrats after the Rittenhouse verdict 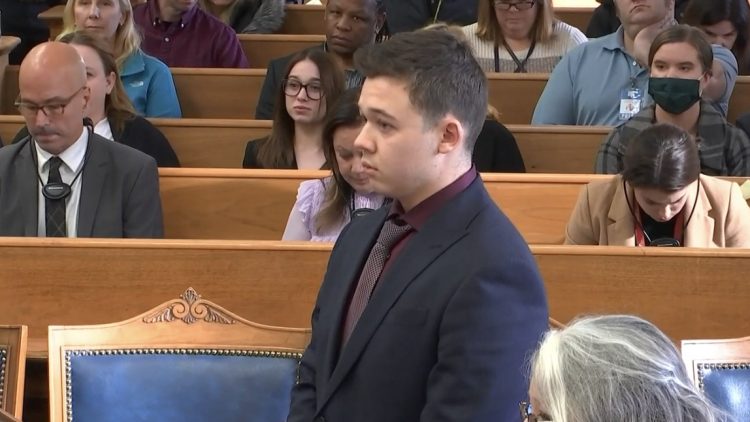 A jury acquitted Kyle Rittenhouse of all charges Friday after pleading self-defense and Democrats online may not be okay.

“What we are witnessing is a system functioning as designed and protecting those it was designed for,” Rep. Alexandria Ocasio Cortez (D-NY) wrote in a tweet. “My heart still breaks for the communities and families whose grief now compounds, and the countless others who will be denied and deprived in similar scenes across the country.”

“While the verdict in Kenosha will leave many Americans feeling angry and concerned, myself included, we must acknowledge that the jury has spoken,” President Joe Biden wrote on Twitter.

“Racism & white supremacy remain the bedrock of our legal system,” Rep. Ayanna Pressley (D-MA) wrote. “My heart breaks for the family & loved ones of those whose lives were stolen, and the trauma our communities face today and every day. The struggle for accountability, for justice, for healing goes on.”

“While we’re out reacting and processing the Rittenhouse verdict, please spare a thought for the families of Joseph Rosenbaum and Anthony Huber, who are mourning, and for Gaige Grosskreutz and Jacob Blake. There is nothing here but tragedy, and these families are in pain,” Joy Reid wrote on Twitter.

Rittenhouse shot three people in Kenosha, Wisconsin – one of whom was a convicted child rapist, another a convicted domestic abuser, and the third a career criminal – in self-defense after being attacked by each during the 2020 BLM riots, and two of them ultimately died. He was charged with one count of reckless homicide, one count of intentional homicide, and one of attempted intentional homicide and was acquitted of all charges Friday afternoon.

Democrats hit send on countless other tweets directly following the incident in 2020.

“There’s no other way to put it: [Trump] refused to disavow white supremacists on the debate stage last night,” now-President Biden tweeted, along with a photo of Rittenhouse holding a gun.

“A 17 year old [sic] white supremacist domestic terrorist drove across state lines, armed with an AR 15. He shot and killed 2 people who had assembled to affirm the value, dignity, and worth of Black lives. Fix your damn headlines,” Pressley wrote on Twitter.

“Lock up Kyle Rittenhouse and throw away the key,” Rep. Hakeem Jeffries (D-NY), chair of the House Democrats, wrote.

It remains unclear whether Rittenhouse will take legal action against those who have defamed him.