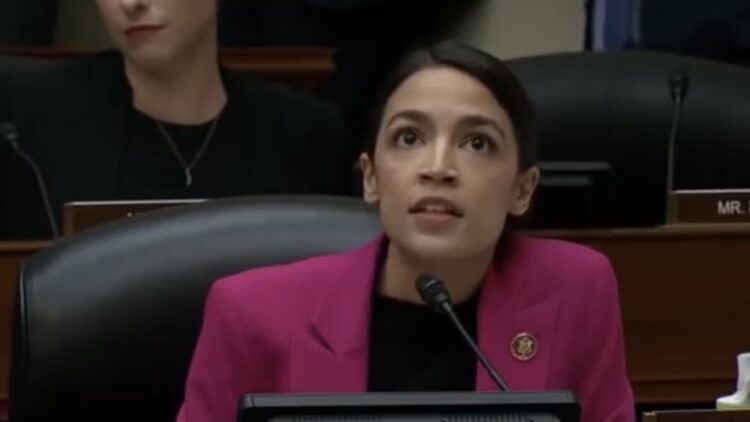 Socialist Congresswoman Alexandria Ocasio-Cortez (D-NY) is cashing in on political merchandise and news outlet Reuters is coming under fire for helping her promote it.

“AOC is now selling merchandise,” Reuters tweeted. “Alexandria Ocasio-Cortez has become one of America’s most prominent progressive Democrats with her calls to tax the wealthy and spend heavily to fight climate change.”

Between July 19 and July 20, Reuters has tweeted eleven times about AOC’s merch venture.

“While she has no formal party leadership role, AOC has star power rarely seen in Congress,” Reuters wrote in another tweet. “She has more than 8 million Instagram followers. She shot a video for Vogue detailing her personal skincare routine. Her online store capitalizes on her fame, experts said.”

Many conservative Twitter users pointed out Reuters’ unusual activity, noting that the account doesn’t typically promote individual politicians. Fox News contributor Joe Concha ripped Reuters on Tuesday’s episode of “The Faulkner Focus”, wondering if the account was being run by interns. Concha also alleged that AOC is lucky to have the media on her side.

“Should Reuters be allowing the interns to be running the Twitter account with more than 23 million followers? That’s more than the population of, I think, Florida,” Concha said.

Former Press Secretary Sean Spicer also got involved by sharing one of Reuters’ tweets about Ocasio-Cortez and saying she was “using capitalism to push socialism.” Ocasio-Cortez responded to the backlash by responding to Spicer, who then replied to the Congresswoman herself.

“Not sure if you know this Sean, but transactions aren’t capitalism,” Ocasio-Cortez wrote. “Capitalism is a system that prioritizes profit at any and all human/environmental cost. But [for what it’s worth] our shop is unionized, doesn’t operate for profit, and funds projects like free tutoring, food programs, and local organizing.”

“Thanks for the reply,” Spicer said in his response online to Ocasio-Cortez. “1. Actually the definition of capitalism is based in private (not [government]) ownership. 2. I think you have commented more about this than Cuba. PS – can you come on ‘Spicer and Co’ on Newsmax at 6 pm to discuss? PSS – please tag me in the future so I can responder quicker. Thanks.”

“DeSantis is a well educated crackpot with no allegiance to our country, his constituency, or the truth,” Dean tweeted.

Reuters has not tweeted about DeSantis’ merchandise, nor have they responded to the backlash they are currently facing online.