Republican Rep slams proposal to draft women: ‘I do not trust you’ 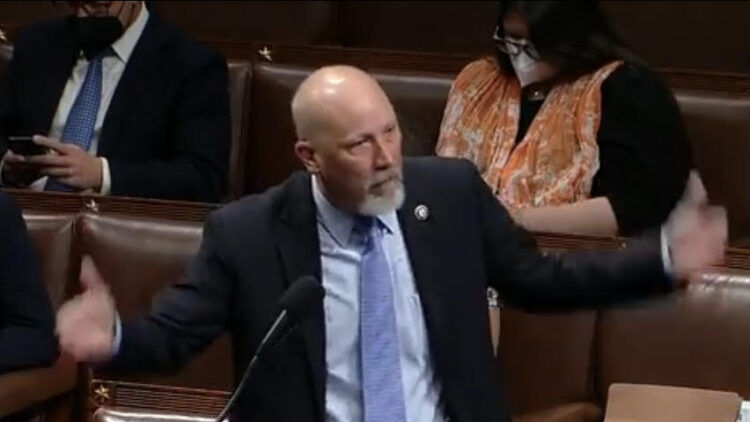 Congressman Chip Roy (R-TX) slammed The House Armed Services Committee after they voted on Wednesday to require women to register for the military draft.

“Message to Republicans & Democrats – including @HouseGOP & @SenateGOP colleagues. I do not trust you to do anything at all, much less say you will draft my daughter to “non combat” roles,” Roy wrote on Twitter, before elaborating on why he distrusts both parties.

“Maybe it’s because you (both R&D) have amassed $30 trillion in debt and are blowing through trillions more…all while giving lip service to “balanced budgets” for decades…” Roy wrote in a second tweet.

“Now you – including likely 28 GOP House members voting for an NDAA last night to do so – want to draft my daughter and just “trust you” not to put them into combat? All of DC – all of it – can go straight to hell,” Roy concluded.

House Committee members on Wednesday participated in late night talks to discuss the annual defense policy bill, and when Rep. Chrissy Houlahan introduced an amendment to expand registration for the draft (SSR) beyond men, they passed it 35-24.

“It’s past time,” Houlahan, who served in the Air Force, said. “Women make up over 50 percent of our population, and not including them in the Selective Service is not only a disservice to these women, but also to our nation as a whole.”

Several conservatives, such as Sen. Tom Thillis (R-NC) broke rank with the Republican Party and OK’d the bill, while others have criticized it online.

“Our military has welcomed women for decades and are stronger for it. But America’s daughters shouldn’t be drafted against their will,” Sen. Tom Cotton (R-AR) said on Twitter back in July, when the amendment was originally introduced. “I opposed this amendment in committee, and I’ll work to remove it before the defense bill passes.”

“OPPOSE!!!” Rep. Marjorie Taylor Greene (R-GA) wrote in a tweet that included a link to an article about the NDAA.

“The Democrats filed an amendment to the NDAA tonight to add women to the draft. I voted NO! #DontDraftOurDaughters,” Rep. Mark Green (R-TN) wrote in a tweet.

“I support women in our voluntary military. However, last night I voted NO on a Democrat amendment to require all women to register for the draft,” Rep. Ronny Jackson (R-TX) said on Twitter. The Texans I represent feel the same way I do. We will NEVER be ok with forcing our daughters and granddaughters to die in war!”

Congressman Chip Roy’s office did not respond to the Independent Chronicle’s request for comment.