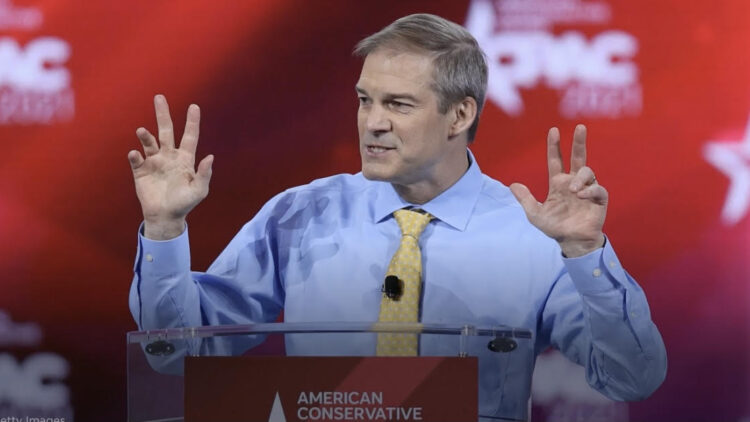 Rep. Jim Jordan’s (R-OH) spokesperson has denied claims that the congressman blabbed about former President Trump’s 2024 intentions to a journalist, saying the report was “not true.”

Lauren Windosr, a reporter for web-show The Undercurrent, tweeted Thursday night that Jordan told her that Trump will announce his 2024 presidential candidacy “any day now.”

“BREAKING: Jim Jordan told me tonight in Iowa that Trump will announce he’s running “any day now.” A big GOP operative in the state later announced to the crowd that Trump will travel here immediately,” Windsor wrote on Twitter. A spokesperson for Jordan then reportedly denied Windsor’s claims. Windsor then sent another tweet, saying she and Jordan “can’t both be right.”

“Apparently Jim Jordan’s spokesperson has claimed he did not tell me tonight that Trump is imminently announcing his run for 2024. We can’t both be right. See for yourself, video coming tomorrow…stay tuned,” Windsor wrote on Twitter.

Then, early Friday morning, she tweeted a video of Jordan in which he can be heard discussing President Trump, though he does not promise an “imminent run” by the former President.

“President Trump, he’s gonna run again…I know so, I talked to him yesterday, he’s about ready to announce after all of this craziness in Afghanistan,” said Jordan in the video. The congressman’s spokesperson got involved later Friday, and spoke to Politico reporter Olivia Beavers about Windsor’s tweets.

“Jordan spokesperson claiming the congressman didn’t say this: ‘Not true. Mr. Jordan did not say this,’” Beavers wrote on Twitter.

Shortly after Beavers’ tweet, a Trump spokesperson told a Newsweek reporter that Trump never told Jordan that he’s running, and that a 2024 run is not imminent.

Jordan made similar comments to a crowd Thursday in Dallas County, Iowa, and was met with enthusiastic applause.

“I think [Trump is] gonna run. I want him to run. He’s proven he can take the heat. We’re at a moment now where you’ve got to have someone who’s willing to fight, willing to stand up to all the abuses,” Jordan said at the Dallas County Republican Party’s annual “Party Like a Patriot” event.

Congressman Jim Jordan’s office did not respond to the Independent Chronicle’s request for comment.