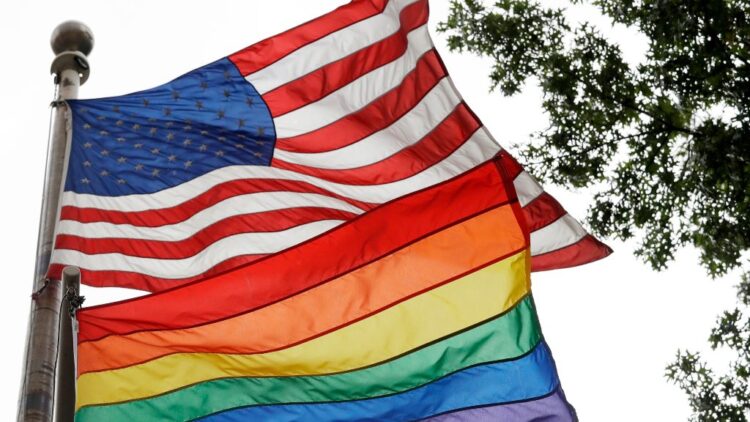 House Republicans are seeking to ban all political flags from being flown at U.S. Embassies.

“The federal government should only be flying the flag that represents ALL people, the American flag,” said Rep. Marjorie Taylor Greene of Georgia in a statement. “We need to bring back pride in our country and raise the Star Spangled Banner proudly. Old Glory represents our great American military and their sacrifices to ensure our freedom.”

The bill, entitled the “Old Glory Only Act” was originally introduced by Rep. Jeff Duncan of South Carolina and has garnered 30 other co-sponsors including Rep. Greene and Rep. Matt Gaetz of Florida.

“During my campaign for Congress, I promised that I would always put America First. That means that only the Stars and Stripes should fly over our embassies in foreign countries. President Biden’s State Department has already raised a flag over our embassies that doesn’t represent the vast majority of Americans,” Greene continued in her statement.

“The only flag that should fly over U.S embassies is the American flag. That’s why I’m a proud cosponsor of .@RepJeffDuncan’s Old Glory Only Act!” Rep. Greene tweeted.

“Our beautiful flag, Old Glory, is the single greatest symbol of freedom the world has ever known,” Representative Jeff Duncan of South Carolina said. “It is an unmatched representation of liberty that is coveted around the globe, and it should be the only symbol that flies over our embassies in nations around the world.”

In April, Secretary of State Antony Blinken instructed U.S. embassies and consulates around the would to fly the Pride flag on the same flagpole as the American flag if they desired. This was a reversal of a ban put in place by former Secretary of State Mike Pompeo under the Trump administration. The U.S. Embassy at the Vatican unfurled a pride flag last week.