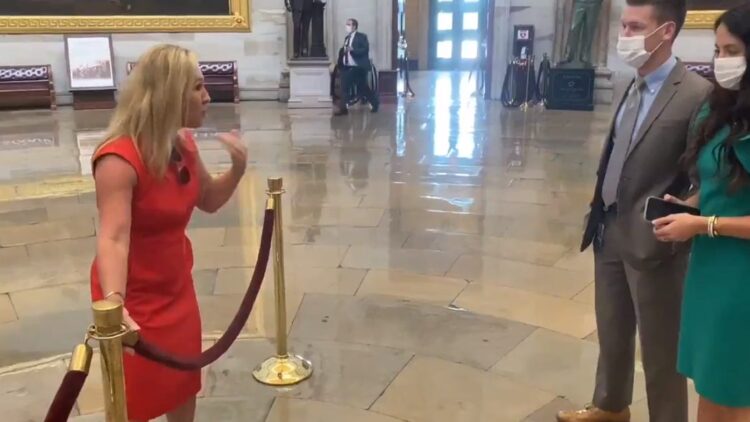 “Hey, over here, there’s no COVID. You won’t be arrested for taking your mask off. Would you like to come in?” Greene softly asks two bystanders in the video facing a roped partition separating the House and Senate chambers.

The bystanders nod their heads yes before Greene says, “Okay, that’s the House side where Nancy Pelosi will have you arrested. This is the Senate side. Come on.”

Greene then removes the rope and ushers the two into the Senate side.

“Hahhaha THATS AWESOME YOU GO GIRL,” replied another one of the congresswoman’s fans.

Others, however, took a different view of the conservative firebrand’s video, blasting it as “childish” and “embarrassing.”

“Wow so within the building – THE ENTIRE BUILDING – there was something sent out that you can get a fine for doing exactly what you are ENCOURAGING others to do Plus this is beyond childish,” said one Twitter user.

“Wow. How embarrassing,” replied another.