Rep. Byron Donalds to CNN: ‘As a Black Man in America, I’m allowed to have my own thoughts’ 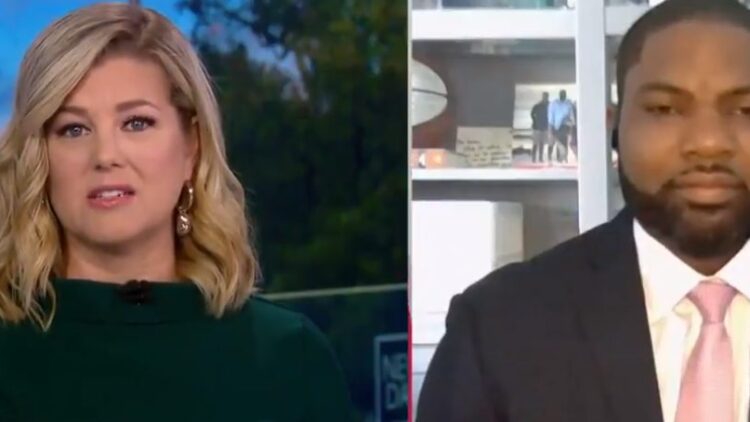 Rep. Byron Donalds appeared on CNN to discuss the Congressional Black Caucus’ refusal to admit him and got into a tense exchange with host Brianna Keilar.

Keilar suggested to Donalds that the CBC’s reluctance to admit him was due to his support for former President Donald Trump and suggested that his ideas and values are “incongruent” with their “mission.” The network then played a mashup of questionable statements made by Trump framing the former president as a racist.

“First of all, what the president said in the past has nothing to do with this discussion at all,” Donalds fired back, attempting to get the interview back on track.

“I think that it’s important, whether you’re talking about the Congressional Black Caucus of the Florida state legislative Black Caucus or the National Caucus of State Black Legislators — organizations I have been a part of in the past — my support of President Donald Trump has been consistent but, at the same time, I’ve had the ability to advocate for issues, ideas, proposals and funding that have helped the black community in my state,” he added.

“You’re talking to somebody who, my first three years in college was at Florida A&M, an HBCU, so whether my support for President Trump…whether it’s for or against is irrelevant. It has nothing to do with this discussion. This is whether the ideology of somebody who is conservative is welcome in the Congressional Black Caucus,” he continued.

“It’s really that simple,” he proclaimed. “And so to bring up President Trump to try to make this about him does not matter. It’s irrelevant. It has nothing to do with the situation at hand.”

“I have a perspective being a 42-year-old Black man who’s come up in America after a lot of the battles through the civil rights movement that I think would actually be helpful and a helpful perspective to the CBC,” he said. “Whether they want to take advantage of that is really up to them.”

The interview was in reaction to a BuzzFeed News article that detailed the rift between the Congressional Black Caucus and Rep. Donalds. “It’s been six months since the members who won election in 2020 were inducted into the CBC, a powerful and nominally nonpartisan group of Black lawmakers in Congress,” the article read. “Donalds, who won election for the first time last year, has not been included in that group.”

“Congressman Donalds has expressed interest in joining the CBC, but has yet to receive an official invitation,” said an aide to the congressman. “If given, he’d gladly accept.” The CBC did not respond to questions about the status of Donalds’ membership, or why he was not being let in.

Currently the Congressional Black Caucus has zero republican members according to its membership page on its website.