Rand Paul makes criminal referral to DOJ for Dr. Fauci: ‘He has lied to congress’ 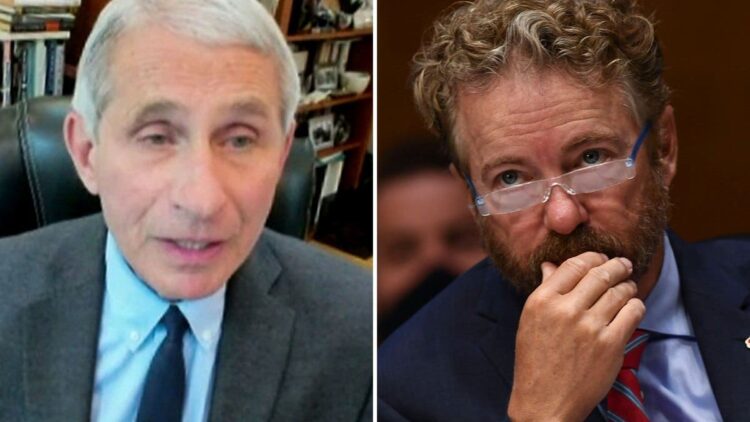 Sen. Rand Paul (R-KY) announced that he will be making a criminal referral for Dr. Anthony Fauci, accusing the nation’s top epidemiologist of lying to Congress.

“Is it your belief based on the evidence, senator, that he lied before Congress and broke the law?” Fox News host Sean Hannity asked Sen. Paul during an interview Tuesday night. “Yes, and I will be sending a letter to the Department of Justice asking for a criminal referral because he has lied to Congress,” Paul answered.

The criminal referral comments come after a tense exchange between Paul and Fauci during a Senate hearing on “gain-of-function” research occurred on Tuesday.

“Dr. Fauci, as you are aware, it is a crime to lie to Congress…On your last trip to our committee on May 11th, you stated that the NIH has not ever and does not now fund gain of function research in the Wuhan Institute of Virology. And yet, gain of function research was done entirely in the Wuhan Institute by Dr. Shi and was funded by the NIH,” Paul started off questioning Fauci.

“Senator Paul, I have never lied before the Congress, and I do not retract that statement. This paper that you were referring to was judged by qualified staff up and down the chain as not being gain of function,” Fauci responded.

“You take an animal virus and you increase its transmissibility to humans. You’re saying that’s not gain of function?” Paul asked back.

“This is your definition that you guys wrote. It says that scientific research that increases the transmissibility among animals is gain of function. They took animal viruses that only occur in animals, and they increased their transmissibility to humans. How you can say, that is not gain of function…” Paul says back to Fauci before being interrupted.

Paul goes on to accuse Fauci of “dancing around this because you’re trying to obscure responsibility for 4 million people dying around the world from a pandemic.”

The answer to whether or not NIH funding was directed to the Wuhan lab and used to further gain-of-function research “depends on whom you ask and their definition of gain-of-function,” according to Factcheck.org.

“Hey guys, @RandPaul was right and Fauci was wrong. The NIH was funding gain of function research in Wuhan but NIH pretended it didn’t meet their “gain of function” definition to avoid their own oversight mechanism. SorryNotSorry[sic] if that doesn’t fit your favorite narrative,” tweeted Josh Rogin, a columnist at the Washington Post.