Rand Paul demands Fauci be fired: ‘in all likelihood has been lying to us’ 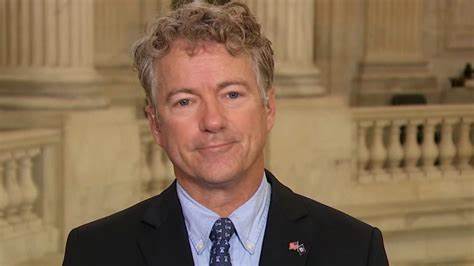 Republican Senator Rand Paul called for Dr. Anthony Fauci to be fired from his position in the Biden administration as leader of the nation’s response to the Coronavirus pandemic.

“I think because he’s been unwise, naive, and in all likelihood has been lying to us, he shouldn’t be in part of government,” Paul said.

“One of the email chains is between Peter Daszak of EcoHealth and Ralph Baric saying we need to get people to sign a letter saying we shouldn’t … you know, that there was no lab leak. We need to get all this organized, but maybe we shouldn’t sign it, so it looks as if this were an independent effort. That, to me, sounds like a cover-up,” Paul said, in reference to recently revealed work emails belonging to Fauci.

Paul went on to claim that any legitimate investigation into the origins of COVID-19 cannot include Fauci.

“But I think really if you want an honest investigation, Dr. Fauci should be excluded because of conflict of interest,” Paul continued, adding “If you want to have an open and thorough investigation, it can’t include Peter Daszak or Dr. Fauci,” Paul said.

Watch a segment from the interview here:

Paul is among a number of Republican lawmakers taking aim at Fauci over his lack of consistency throughout the pandemic. Senator Marsha Blackburn spoke out over Fauci’s emails with Facebook CEO Mark Zuckerberg, in which the two discussed Facebook’s “coronavirus information hub.” The hub, as discussed by Fauci and Zuckerberg was designed to offer Facebook users a place where they could find “authorativative information” that the social media platform deemed to be “reliable.”

“Dr. Fauci was emailing Mark Zuckerberg from Facebook trying to create that narrative, cherry-picking information so that you would only know what they wanted you to know, and there would be a narrative that would fit with this cherry-picked information,” Blackburn explained.

Fauci has defended himself in recent media appearances saying “Attacks on me are attacks on science.” “I’m sorry, I don’t want to be pejorative against a United States senator [Marsha Blackburn] but I have no idea what she’s talking about.”