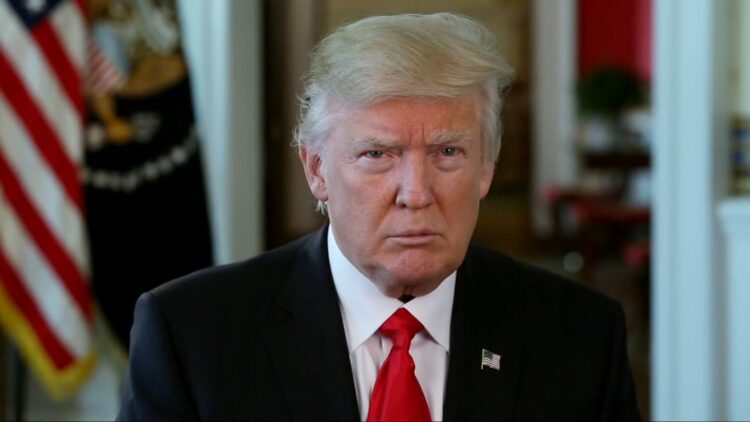 “The numbers fly in the face of any predictions that Donald Trump’s political future is in decline,”  Quinnipiac University Polling Analyst Tim Malloy said.

“By a substantial majority, Republicans: (1) believe the election was stolen from him, (2) want Trump to run again, and (3), if they can’t vote for Trump, prefer someone who agrees with him,” Malloy continued.

As the 2022 midterm elections approach, more than 8 in 10 GOP voters say they would prefer a candidate running for office that “mostly agrees with Trump.” The poll found that 66 percent of GOP voters would like to see Trump run for president in 2024. The same amount, 66 percent, say they believe Joe Biden’s win was “not legitimate.”

More than half of Americans, 54 percent, said they favor putting an end to the $300 in federal unemployment benefits as businesses struggle to find workers. Even Democrats support ending the added benefits by 60 percent.

“As the pandemic wanes, a signal in this survey that Americans are willing to turn off the spigots to fellow Americans sustained by government checks,” Malloy said.

Americans were also asked about rising tensions between Israel and Palestine and who their sympathies lie with. Among adults, 39 percent said they sympathize with the Israelis, 29 percent said the Palestinians, and 32 percent did not offer an opinion.

Among registered voters, 41 percent say they support the Israelis, 30 percent say Palestinians, and 29 percent did not offer an opinion. This is the lowest number among voters showing sympathies for Israelis and the highest number among voters showing sympathies for Palestinians since Quinnipiac began polling this question in 2001.