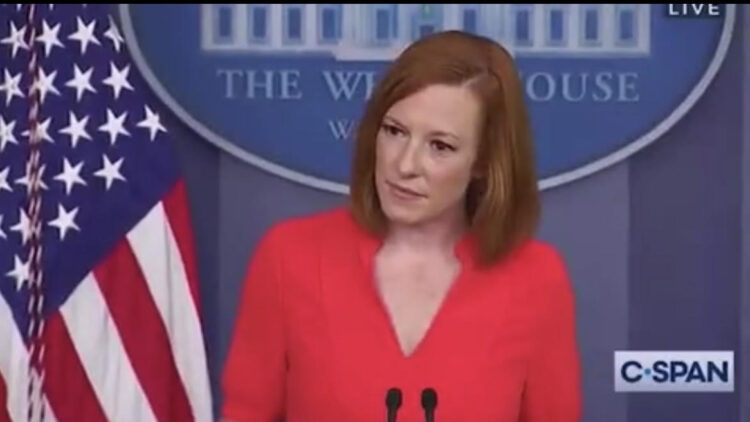 “He called on individuals within his press corps without alerting us to that intention in advance,” Psaki said when asked if Biden felt “upstaged” by Johnson taking questions from the press while he didn’t.

White House staffers abruptly ended the meeting between the two leaders on Tuesday as Johnson was mid-sentence. Reporters were ushered out of the Oval Office by staffers yelling over them, “Thank you!” and “Let’s go!”

One reporter, however, was able to shout over the White House staff and directed a question to Biden regarding the ongoing crisis on the southern border.

“As we were leaving, I asked the president for his reaction to the situation on the southern border. Due to shouting by White House aides, the noise of everyone leaving, and the president wearing his mask, we could not make out his answer,” he added.

O’Keefe later tweeted that he could decipher part of Biden’s answer, which was, “violence is not justified.”

Even British reporters felt that the yelling was unnecessary.

“White House colleagues might be interested to know the British press thought aides shouting was totally out of order. An unwelcome lack of accountability,” Pippa Crerar, the political editor at the Daily Mail, tweeted.