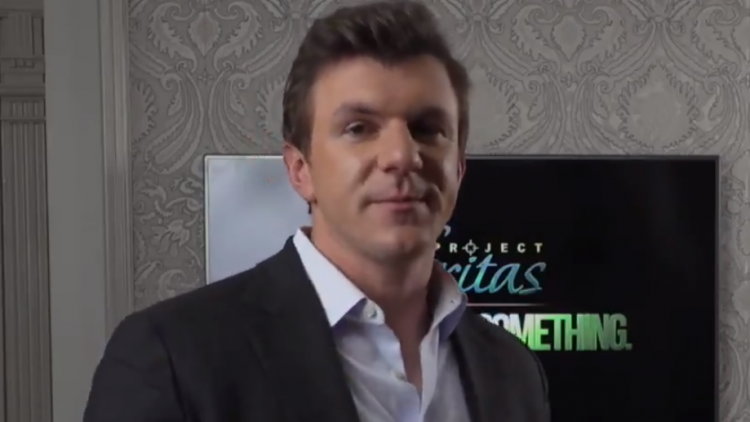 James O’Keefe announced his transparency advocacy group Project Veritas will release a whistleblower story on the COVID-19 vaccine after receiving “thousands” of messages from people being fired from their jobs for not taking the shot.

O’Keefe read a few of those messages during a video posted to Twitter by the group.

“I am active duty AF and been in over 18 years and am fighting for my family’s retirement,” reads one of the messages Project Veritas received from an unidentified individual.

“They have placed me on a Do Not Arm roster, where they have taken my weapon from me and secluded me to my office. My Commander told me it was because, ‘I am a threat to the public being unvaccinated,'” the message continued. The writer goes on to request legal assistance from the Area Defense Counsel but claims they are inundated with many others also fighting against the mandate.

O’Keefe goes on to read a second message from another military veteran refusing to get the vaccine.

“Last Thursday, I declined to get the COVID vaccine from my chain of command, doubting its efficacy. The following day my chain of command called me into the office and placed a 6105 (adverse paperwork) in front of me and told me I was in violation of a direct order,” the message, sent by someone claiming to be a 10-year veteran of the Marine Corps.

“If I refused again, I would receive an NJP (Non-Judicial Punishment) forfeiture of all pay and would immediately be processed for administrative separation from the military,” the message continued.

“I have a wife and daughter to consider, so I reluctantly agreed. When I arrived at the clinic, they had a needle already prepped, which goes against medical practices with you not being able to see it being prepped,” the message added.

The writer also claims that they did not allow him to read the fact sheet before receiving the injection.

“Please help! This school is forcing kids to be vaccinated, or they can’t participate in sports. They’re ruining these kids’ lives!!” one of the messages says.

“They also employ a radical left teacher whose work “the antifascism of care” is published, and she’s now teaching social studies,” the writer adds.

O’Keefe says he’s received “hundreds” of messages a day from people willing to wear hidden cameras and go undercover with Project Veritas. One such story, he says, will be released Monday evening.