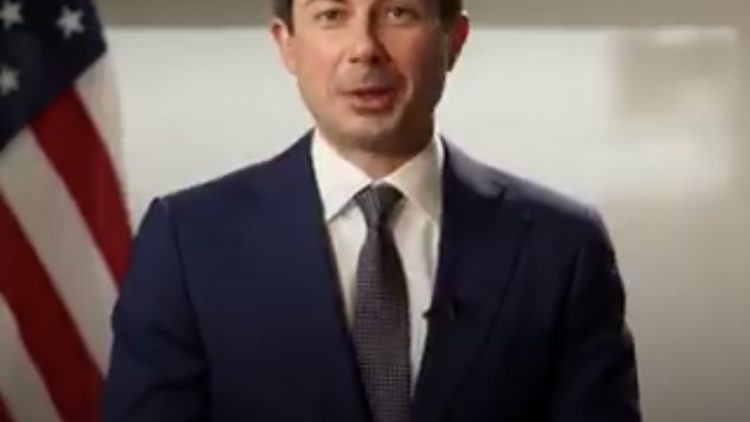 A new report alleges Transportation Secretary Pete Buttigieg may be tapped to run for President.

“Nobody in the West Wing shuts that down,” said one person with direct knowledge of the conversations. “It’s very open.”

Buttigieg, who has previously run for treasurer of Indiana, mayor of South Bend, chair of the Democratic National Committee, and president of the United States, says he has not considered a potential run in 2024.

“I’d say the other thing that I’m really enjoying about this job, although it’s very demanding and obviously requiring a lot, is that this is the least I have had to think about campaigns and elections in about a decade and that’s a very good thing,” Buttigieg said on Friday.

Despite Buttigieg’s statement to the contrary, his political action committee, Win the Era, which was formed directly after his first failed presidential bid, has remained active and is even holding an event on November 15. According to filing reports and disbursements, Buttigieg’s former campaign aides, Maxwell Nunes and Michael Halle, have kept the site running, though they have reportedly stayed tightlipped on the committee.

Reports also hint at a rivalry between Buttigieg and VP Kamala Harris.

“The chatter has frustrated some staffers of color who see it as disrespectful to Kamala Harris – the first Black [sic] woman vice president – and think senior officials should tamp it down,” Alex Thompson wrote for a piece in Politico. “Some of Buttigieg’s former campaign staffers also question whether challenging Harris is feasible given how critical the Black vote is in any Democratic primary, and how Buttigieg struggled to attract those voters the last time around.”

Buttigieg commented on the alleged rivalry, saying he’s proud to be part of the administration.

“We work extremely well with the vice president’s team, and I’m proud to be part of the Biden-Harris team and this administration,” he said.

Buttigieg’s role in Biden’s White House will likely factor into his decision to run for public office in 2024. With supply chains throughout the country lagging in the midst of the Covid-19 pandemic, he stands to be the busiest transportation secretary in American history.

Secretary Pete Buttigieg’s office did not respond to the Independent Chronicle’s request for comment.