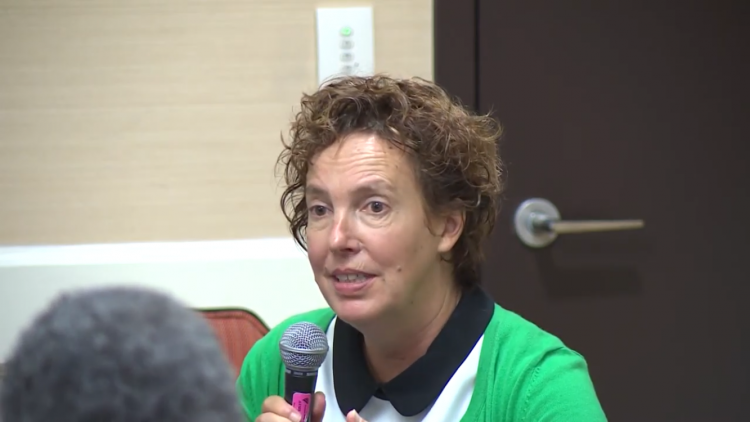 Jennifer Berkshire, author and college professor, made waves this week after opposing parental rights in public education, particularly as it relates to school choice.

“*Parents’ rights* is a centerpiece of a GOP that is increasingly hostile to public education AND democracy,” she stated.

“This kind of thinking – that kids should only be taught what their parents want them to learn – is absolutely anathema to a democracy. And that’s exactly the point,” she declared.

Many people responded to Berkshire’s claim, and left some feeling as though her position is becoming normalized on the political left.

“Notice how they keep finding condescending ways to say or refer to parents’ rights? As if that’s a conspiracy of some sort? Don’t watch what they say. Watch what they do. The left is inherently opposed to you raising your children without their input and guidelines,” warned another Twitter user.

“lol no. you don’t get to brainwash our kids,” tweeted Jessica O’Donnell.

“Education isn’t a one-size-fits-all model. Preventing a child from reaching their full potential is immoral. When funding follows the child we empower families to be more active in their child’s education. That isn’t an attack on public schools, it’s meeting children’s needs,” Minnesota State Senator Michelle Benson responded to Berkshire’s tweet.

“For hardcore leftist statements, replace every mention of the word “democracy” with the word “progressivism,” said an account called “Cancer Slayer.”

“Parents are the primary educators of a child. Schools are the junior partner in a partnership to educate and form children into virtuous adults,” said Tim Carney.

Berkshire is an adjunct professor at Boston College and University of Massachusetts Amherst, where she teaches journalism. She is also the creator and co-host of the education policy podcast, “Have You Heard.” Berkshire is also a freelance writer, and speaks and writes about public education. Her book, “A Wolf at the Schoolhouse Door: The Dismantling of Public Education and the Future of School,” was published in 2020.

Independent Chronicle was unable to reach Berkshire for comment.