Pollster apologizes for excluding top Republican from California recall poll: ‘It was a mistake’ 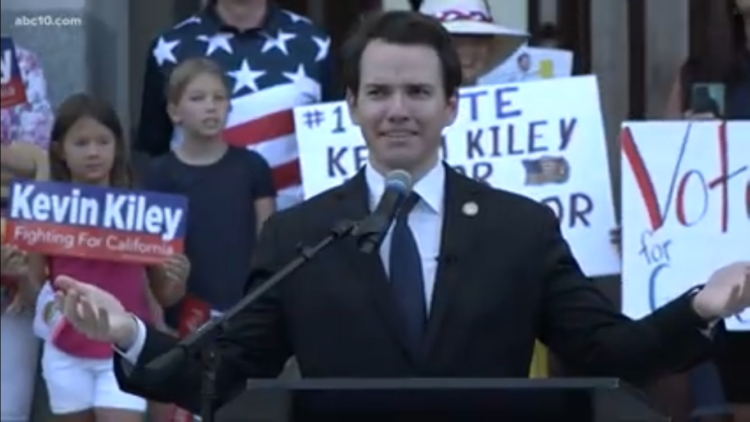 The Trafalgar Group has issued an apology after excluding Kevin Kiley, a top Republican candidate, from their poll results issued last week on the California gubernatorial recall election.

“The top ballot choices list was created a few weeks before for an earlier poll, and it was a mistake on our part not to update it based on the state of the race,” they tweeted on Friday. “Anyone who suggests it was intentional is either confused, being misled, or trying to mislead others.”

The results of the late-August poll come as the California gubernatorial recall election is less than two weeks away on September 14. The poll found that most voters want to keep current Governor Newsom, but among the recall candidates, Larry Elder is leading.

Trafalgar Group admitted that “It is likely that some of the people who identified themselves as supporting someone else could very well be Kiley voters.”

“We sincerely apologize to Kevin Kiley, the statement continued. “Rest assured our polls in the coming weeks will include Kiley.”

“Thank you for admitting a mistake and promising to include Kiley in the “coming weeks.” 2 things. 1) 5 million ppl have already voted and there are only 11 days of voting left. 2) It’s not just about Kiley; it’s also about including only one Dem and the resulting turnout effect,” tweeted Jennifer Van Laar.

“If Newsom is so far ahead in the poll from not being recalled, doesn’t that make all these other details a moot point?” one person tweeted. “Fair point, but unlike other polling outlets we like to acknowledge any mistake,” Trafalgar Group responded.

Kiley responded to Trafalgar Group’s statement. “I appreciate Trafalgar Group’s apology. It’s appropriate in light of recent polling showing our campaign rising to second among Republican candidates in the six weeks since I announced,” he said. “Our momentum continues to grow and we expect to do well in the poll that ultimately matters – Election Day.”