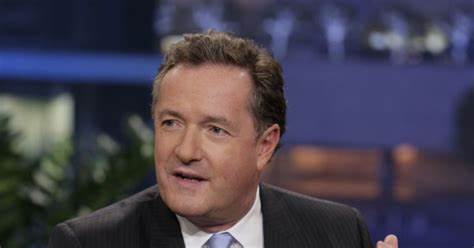 British TV host Piers Morgan blasted gymnast Simone Biles for abruptly leaving her team to compete without her against Russia in the Tokyo Olympics.

“Twitter, led by two-faced ‘Be Kind!’ celebrity monsters like Ellen DeGeneres and Chelsea Handler, raced to congratulate her on her ‘courage’ and ‘heroism’ and heralded her as a ‘true inspiration’…And as so often, I thought the complete opposite,” Morgan wrote in a piece for the Daily Mail.

“What exactly is so courageous, heroic or inspiring about quitting on your team and country in an Olympics?” He asks.

Morgan goes on to blast social media for supporting Biles, and others, who lose rather than win.

“One of the worst aspects of social media, especially Twitter, is not just the way it now celebrates losing, failure and quitting as greater achievements than winning, success and resilience, but the vicious manner it bullies and shames into silence anyone who deviates from this warped view of sporting achievement,” he says.

The former Good Morning Britain host likened the social media reactions to Biles’ quitting to the reactions to tennis star Naomi Osaka pulling out of the French Open because “she didn’t like being asked by journalists why she doesn’t play as well on clay as other surfaces.”

“Osaka suddenly cited mental health as the reason for her actions and said she’d been suffering depression for several years, which came as news to her own sister who posted (but then deleted) on Facebook that Naomi didn’t suffer from depression or any other mental illness,” Morgan says.

In return for criticizing Osaka, Morgan claims he was branded a “sexist, racist, douchebag” by social media users.

“Well sorry if it offends all the howling Twitter snowflake virtue-signallers, but I don’t think it’s remotely courageous, heroic or inspiring to quit,” he proclaims.

He acknowledged that he has quit things in the past as well, noting that he walked off the set of Good Morning Britain during an argument about Meghan Markle.

“What happened to me exposed the ludicrous hypocrisy at the heart of the social media quitter-lovers,” he says. “I only left for a few minutes before returning to my desk, but that was long enough for Twitter to forever brand me a gutless coward and sniveling weak-minded weasel.”

He points out the hypocrisy of those who used his quitting Good Morning Britain to attack him, while simultaneously praising Biles for doing the exact same thing. “Oddly, they didn’t think ME quitting was as brave, heroic, and inspiring as Ms. Biles quitting!”

Morgan goes on to admit that he was wrong for walking off of Good Morning Britain, saying it was “gutless” of him to do so.

“Get back out there Simone, and don’t get sucked into all the weak woke failure-loving Twitter nonsense – you’re too great a champion to be labeled a quitter,” Morgan concludes.