Piers Morgan responds to backlash from ‘shrieking, woke fascists’ after being called ‘transphobic’ 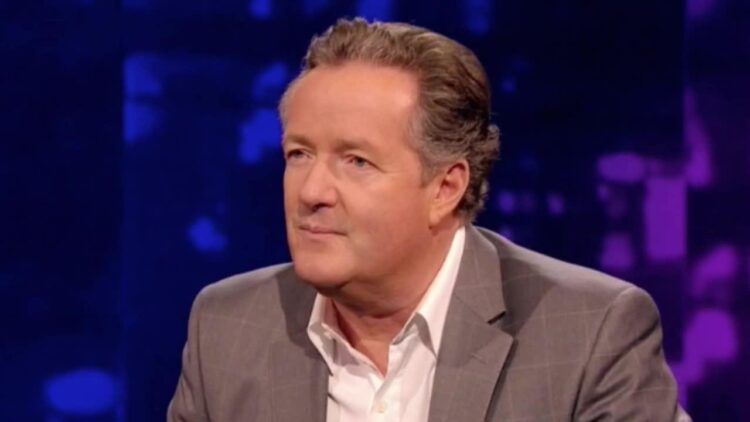 Piers Morgan is responding to the backlash he received after saying the decision to allow transgender athletes to compete in women’s Olympic events is a “terrible mistake that destroys women’s rights to equality and fairness.”

“Allowing a transgender weightlifter to compete in the Tokyo Olympics is a terrible mistake that destroys women’s rights to equality and fairness – and will kill the Olympic dream for female athletes,” Morgan tweeted along with a link to his column in the Daily Mail.

He went on to discuss Laurel Hubbard, the first transgender weightlifter to compete in the Olympics.

“New Zealander weightlifter Laurel Hubbard identified as a man named Gavin until she was 35 and competed against men before coming out as transgender in 2013, after which she began to compete against women. Now 43, she became eligible for the Olympics in 2015 when the International Olympic Committee changed its rules to allow transgender athletes to compete as a woman if their testosterone levels are below a certain threshold.”

Morgan contends that allowing a man who went through puberty to compete against women simply because their current testosterone levels are below a certain threshold, doesn’t account for the increased bone and muscle mass a man, like Hubbard would have accumulated after going through puberty and living most of his adult life as a man.

Morgan was immediately attacked on Twitter and labeled a “transphobe” by some.

“Why have gender-specific sport at all then if it makes no difference? Oh wait, we know why – men would beat women 99.999% of the time if they competed against each other. That your idea of gender equality?” Morgan added after being told by one user that there is no difference between transgender women and biological women.

Transgender activist Charlotte Clymer joined in, attacking Morgan for offering his opinion on the subject with no “medical degree, no expertise in sports science, and who certainly hasn’t read the IOC’s criteria for trans inclusion.”

Clymer didn’t back down, although refusing to debate the arguments Morgan made, she went on to accuse him of spreading “blatant anti-trans propaganda,” in support of his “discomfort with trans people.”

“I’m not anti-trans & resent that slur. I support the rights of transgender people to be treated equally & fairly. But as @Caitlyn_Jenner said recently, it’s unfair for trans women athletes to compete against women born to female bodies. She should know, probably better than you,” Morgan fired back.

“The woke brigade’s way to conduct a debate is to bully & shame anyone that disagrees with their often ludicrous opinions by labelling the person ‘transphobic’, ‘racist’, ‘sexist’ etc, even when there is zero evidence to support this. It’s pathetic. They’re the new fascists,” Morgan tweeted in response to the backlash he received for expressing his opinions and backing them up with scientific data.

“The best way to deal with these woke fascists intent on telling us how to live our lives is to stand up to them, expose them for the hypocritical frauds so many of them are, & repel what is a small minority of noisy nasty bullying shrieking twerps with facts & common sense,” he added.