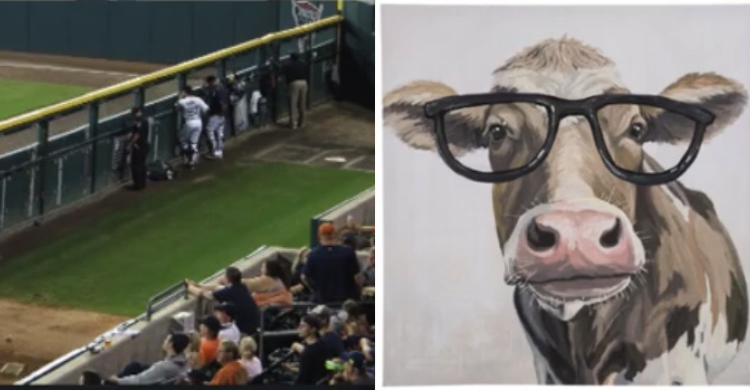 PETA announced that the term “bullpen” is outdated and has recommended that the term be replaced with “arm barn” to refer to the area where pitchers warm up before entering the game.

“[Bullpen] references the holding area where terrified bulls are kept before slaughter,” the animal rights advocacy group said in a press release.

As major league baseball gets ready for Game 3 of the World Series, PETA took to Twitter to call attention to the matter.

“PETA encourages Major League Baseball coaches, announcers, players, and fans to change up their language and embrace the ‘arm barn’ instead,” the statement continued.

PETA, who also changed its Twitter name to “Arm Barn” to promote the movement, said on Twitter Thursday that “switching to ‘arm barn’ would be a home run for baseball fans, players, and animals,” given the “speciesist” roots of the word “bullpen.”

Many on social media poked fun at the suggestion or found humor in the way it would sound if adopted in normal baseball jargon.

“Only way I’m calling it ‘arm barn’ is if it looks like this next year,” one person tweeted with a photoshopped picture of a big blue barn at the edge of the baseball field.

“If relievers don’t start coming in from the Arm Barn like this then I don’t want to be a baseball fan anymore,” another person tweeted with a picture of a pitcher riding in on a horse.

“All I know is regardless of what happens, I cannot wait to say ‘arm barn’ at some point next season. Alternately, ‘The ol’ arm barn,'” tweeted Jesse Agler. “Like…let’s do more. This is fun. Clean slate. Dugout. Clubhouse. Stands. Manager’s office,” he continued.

“MLB fans: Let’s focus on renaming the Cleveland and Atlanta baseball teams and getting minor leaguers paid! PETA: Bullpen is kind of icky you guys, what about arm barn?” tweeted Michael Bradburn.

“I think I hate ‘arm barn’ so much that I’ve actually swung all the way around and I might kind of like it. Their reasoning is batshit but I almost respect just how absurd a suggestion it is,” someone commented.