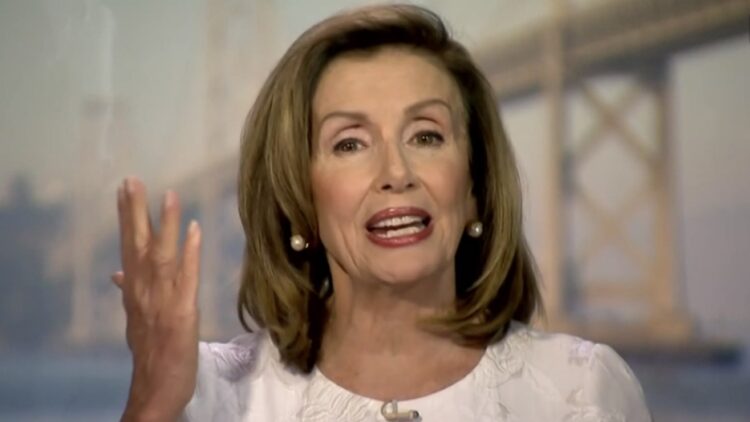 Speaker of the House Nancy Pelosi (D-CA) says she expects Democrats to maintain control of the House in 2022.

“I’m very confident that we will win the House,” Pelosi said at a conference Friday on Capitol Hill. “I always run from behind.”

Pelosi’s comments come just days after DCCC (Democratic Congressional Campaign Committee) campaign chief Rep. Sean Patrick Maloney (D-NY) told colleagues that “if the election were held today, we would lose.” Maloney had reportedly been studying the polling of 1,000 likely 2022 voters in more than 48 battleground districts. Maloney also insisted that the polling data should be used as motivation for Democrats in key states.

“We are not afraid of these polling numbers,” Tim Perisco, the DCCC executive director, said on Tuesday. “They are not gloom and doom, they show a clear pathway to keeping the House. We have to be very clear about what the numbers say: We have incredible strengths. The Republicans have incredible weaknesses.”

“There is a lot of anxiety,” said one vulnerable House Democrat. “I think that’s why there’s such a negative reaction to the eviction moratorium.”

Democrats in leadership, though, insist that their progressive agenda will give them an electoral win next year.

“You never run from the best-case scenario,” Pelosi said on Friday. “There are several scenarios here, and I think that’s a safe place to run from.”

Pelosi currently holds a 3-seat majority in the House. Republicans flipped 15 House seats in the 2020 election, while Democrats only picked up 3. Meanwhile, the National Republican Congressional Committee (NRCC) announced in mid-July that it raised $45.4 million in the second quarter of 2021, the most it has ever raised in a 3-month period in a non-election year. The NRCC most recently reported having $55 million on hand, while the DCCC reports $44 million. Another 2022 wild card facing Democrats is the return of Donald Trump, who promised Minority Leader Kevin McCarthy he would help Republicans take back the House.

Historically, the political party whose president occupies the White House loses seats in midterm elections. Joe Biden, however, has already accused Russia of interfering in next year’s elections.

“Look at what Russia’s doing already about the 2022 election and misinformation,” Biden said late last month.