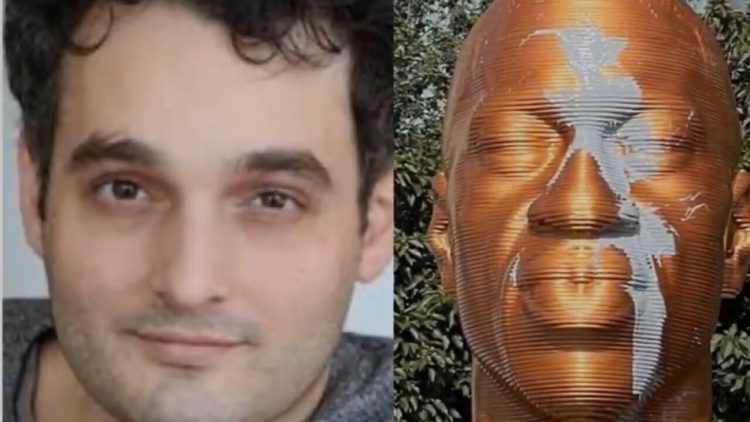 Actor Micah Beals, 37, was arrested this week for allegedly vandalizing a statue of George Floyd in Manhattan’s Union Square Park.

On Sunday they tweeted out an update that identified Beals as the perpetrator and the charge as criminal mischief.

In previously released security camera footage, a man can be seen skateboarding through the park as he dashed the statue with paint. The statue is part of an exhibit focused on racial justice and also includes statues of Breonna Taylor and Congressman John Lewis.

Beals is an actor who has played bit roles on shows like “Parks and Recreation,” “Pop Star,” and “CSI: NY.” He has been charged with criminal mischief.

“This act of cowardice and hate is reprehensible,” Governor Kathy Hochul tweeted at the time of the crime in early October.

“He should be made to clean it up. No rest till it’s done,” said one person.

“I thought it was ok to deface and tear down statues. Didn’t that happen all through 2020?” one person asked.

“I guess some statues can be destroyed with no consequences while others are protected,” one person tweeted.

“It was a ‘mostly peaceful’ vandalism,” tweeted someone else.

This is not the first time the statue of George Floyd has been vandalized. On June 24, four men spray painted a message on the statue while it was on display in Brooklyn.

“To the group of neo-Nazis who did this, I want to be absolutely clear: get the hell out of our state,” then-governor Cuomo said in a statement.

It was the second time that the memorial has been vandalized. On June 24, four men with bandanas spray-painted a white supremacist message on the statue when it was displayed at Flatbush Junction in Brooklyn.