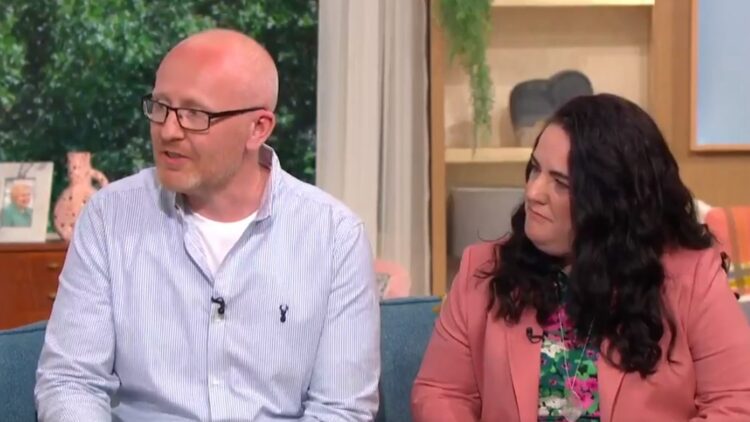 The parents of a biological female say they are “so proud” of her for deciding she was transgender at the age of two.

“We love him so much. We’re so proud of him and the choice that he’s made,” said Matt Stubbings, father of Stormy, a four-year-old biological female who told her parents she “felt like a boy” at the age of two.

Stubbings and his wife, Karla, say they are fully supportive of Stormy’s decision and are aiding her in transitioning from female to male. On an episode of Britains ThisMorning, with hosts Phillip Schofield and Holly Willoughby, Mr. Stubbings says he was skeptical of children who claim to be transgender until he experienced it with his own daughter.

“I thought it was all made up. I thought it wasn’t real. I thought the whole thing was made up by parents… I’ve seen it, I’ve experienced it, and I’ve learned about it. I absolutely support what Stormy is doing,” he continued.

“And that’s the thing, isn’t it? As a society, we tend to want to put people into a girl or a boy box that just fits with what we know… it makes sense. It makes us feel comfortable. But that’s not reality, actually, is it? For lots of children,” host Molly Willoughby said in response to Mr. Stubbings.

Stubbings says he hopes his child’s story will help more people realize that biological sex and gender are “not the same thing.”

“It’s only when you realize that they’re not the same thing, then you start to think, well actually, what Stormy has decided…what we’ve supported should be celebrated really.”

Last year, a video surfaced of a four-year-old named “Phoenix” announcing to the church that his family attends that he is transgender, a girl who prefers “she and her pronouns.” The video was part of an HBO documentary called Transhood.

A description of the documentary from HBO’s website says Transhood chronicles the lives of four young people, (aged 4, 7, 12, and 15 at the start of filming) for five years, while they “navigate growing up transgender in America’s heartland.”