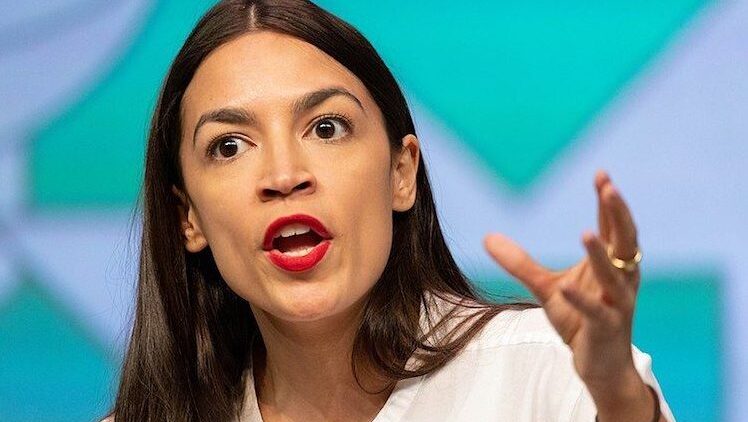 Rep. Alexandria Ocasio-Cortez reportedly banged on glass windows, screamed, and falsely accused a female border patrol agent of taking a photo of her during a 2019 visit to a migrant detention facility in El Paso, Texas.

“I as a woman of color do not feel safe here, as women of color none of us feel safe here. Nobody of color feels safe here,” Ocasio-Cortez said to the Border Patrol agents while stomping her foot, according to government documents.

Ocasio-Cortez claimed that a female agent, whose name is redacted in the documents, used her cellphone to take photographs of herself with the congresswoman in the background during a facility tour on July 1, 2019.

Ocasio-Cortez went on “to personally admonish and berate” the agent and to insist that “that woman cannot work with children,” according to statements from witnesses.

“I heard loud banging on the window behind me while I was working inside the processing area. I turned around to this lady shaking her finger at me,” said the agent who Ocasio-Cortez accused of taking photos of her. The congresswoman raised her voice louder than everyone else’s, causing the officer in charge at the time to get involved.

“Although my phone was out, I was not taking any photos,” she added.

A separate agent who witnessed Ocasio-Cortez banging on the window and pointing her finger says she never saw the accused agent take any photos.

“I heard a loud banging on the window behind me while I was standing in front of a computer in the processing area. I turned around and saw a lady yelling and pointing her finger at [the accused agent]. I was standing next to [the accused agent] and did not witness her taking any photos,” said a witness whose name is also redacted in the documents.

In a July 2 memo, the agent in charge at the time said Ocasio-Cortez became “agitated and animated” and began “banging on the glass, pointing and screaming at the agent.”

The accused agent “did admit to having her cell phone in her hand and showed me the current image on the screen.”

“The image appeared to me to be web-based and had nothing to do with interior photos of the detention area,” the agent in charge wrote.

The House members’ tour began at 11 a.m. At 11:45 a.m. Customs and Border Protection officials took questions from the lawmakers during a briefing, where Ocasio-Cortez made her accusations. The tour ended, and the group left the El Paso station at 12:30 p.m.

Later that day, Ocasio-Cortez tweeted that the border patrol agent “attacked her.”

It is unclear who Ocasio-Cortez is claiming ‘attacked her’ during the tour. Ocasio-Cortez has been a vocal critic of immigration laws since winning her seat in Congress in 2019. She has called for the abolishment of Immigration and Customs Enforcement and claimed that Latinos should be exempt from immigration law because they are “native” to the United States.