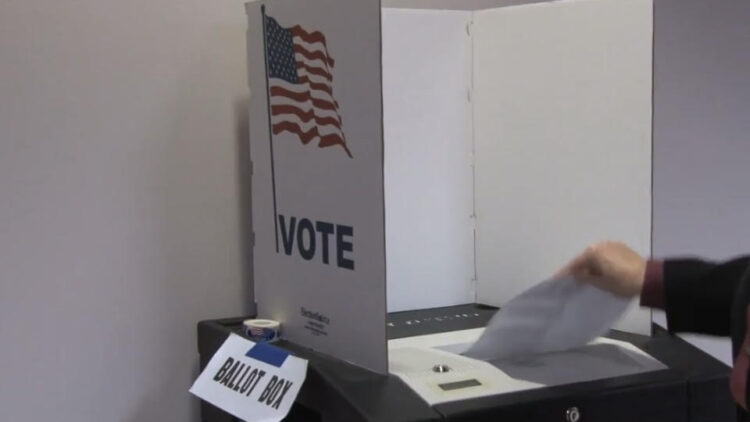 New evidence indicates that over 10,300 Georgia voters may have cast their ballots illegally during the 2020 election.

“I have little doubt that the total number will eventually meet and then exceed President Biden’s margin of victory in Georgia,” Mark Davis, the president of Data Productions Inc., said. “The number continues to increase every day as more and more people update their registrations.”

Prompted by the COVID-19 lockdowns, Georgia and several other states bombarded residents with mail-in ballot applications. Georgia also ignored various legislative mandates, such as intrastate differences in the treatment of voters, which aims to protect the integrity of the vote and prevent voter fraud. Despite the flurry of mail-in ballots being sent throughout the state, residents must vote in the county in which they reside under Georgia law.

Following the election, Davis used the National Change of Address database and the Georgia Secretary of State’s website to identify nearly 35,000 Georgia voters who expressed they had moved from one Georgia county to another. Those same voters also indicated that they voted in the 2020 general election in the county they had moved to, which is illegal under Georgia state law. Some of those movers may have been temporary, like students or military members, which would not have altered their residency statuses. However, given the margin that separated Donald Trump from declaring victory in the state (12,670 votes), it’s possible the issue could have altered the election’s outcome.

“I heard members of the Secretary of State’s team admit some voters were cast with residency issue, but then claimed there weren’t enough of them to cast the outcome of the election in doubt,” Davis said. “It was disconcerting to see the media and the courts largely ignore serious issues like these, especially since the data I was seeing showed very legitimate issues. Jake Evans, the only lawyer in Georgia history to successfully overturn two elections in the same race, says he believes the issues in Georgia were systemic, and Davis agreed.

“These issues were absolutely systemic,” Davis said. “They occurred in every county in the state, in every state house, state senate, and in every congressional district in the state.”

Governor Brian Kemp and Georgia Republican Party Chairman David Shafer are both calling for Georgia’s ballots to undergo a forensic audit, similar to the process conducted in Arizona over the past weeks. An election-related lawsuit in Fulton County is ongoing. Two weeks ago, Superior Court Chief Judge Brian Amero announced nearly 150,000 absentee ballots could be unsealed so the suit could proceed. However, outlets such as the New York Times, Washington Post, and the Associated Press continue to assert that there is no evidence of widespread voter fraud.

“President Donald Trump has been a trailblazer for global autocrats, especially in his denial of the election’s results and embrace [of] the ‘big lie’ about voter fraud,” Washington Post journalist Frederico Finchelstein wrote in an article yesterday. “Trump represents a historical turning point in populist politics, enabling and inspiring others – just like fascist dictators before him.” Meanwhile, the New York Times claimed that they called “officials in every state,” and none reported any electoral irregularities.

Despite Trump’s claims of widespread voter fraud and multiple pending lawsuits, an AP Fact Check found that his claims of fraud are ‘all wrong.’ “None of [his] assertions are true, no election was stolen from Trump. He’s incorrect,” the fact-checker concludes.