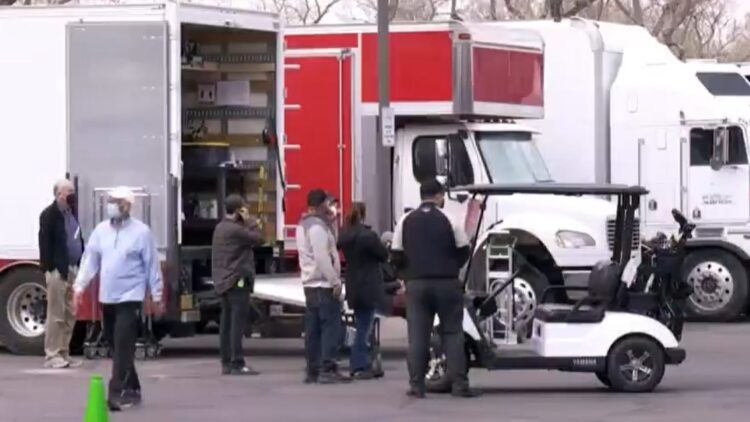 Film and television production companies are flocking to New Mexico to take advantage of a 35% tax incentive the state is offering.

Major production companies like Netflix and NBCUniversal built studios in Albuquerque last year. Since then, 26 films and 24 television projects have been produced in New Mexico despite the pandemic, creating “all-time records” in terms of revenue, according to Alicia Keyes, the state’s Economic Development Secretary.

So far, in 2021, New Mexico has rolled in $623 million from the entertainment industry alone. “That’s outside money coming into the state of New Mexico,” Keyes said.

However, the increase in revenue isn’t sitting well with residents who don’t want to see their tax dollars subsidize the entertainment industry.

“If you say we’re attracting all of this spending to the state, that’s great, but what are you spending to get those businesses to come here?” said Paul Gessing, the Rio Grande Foundation president. “They’re not accounting for that side of the equation,” he added.

Netflix committed to spending $2 billion on production in New Mexico, while the state projects the use of $38 million on tax incentives to encourage the industry to move from California.

New Mexico is also at the forefront of Richard Branson’s Virgin Galactic commercial spaceline for tourists.

“The attention of the entire globe is on Spaceport America now and on the industry that could grow here. And I think where we are right now is at the very beginning of something so much bigger, and so that investment is going to pay off in the decades to come,” said Rick Homans, former New Mexico economic development secretary.

Homans was one of many who watched Virgin Galactica’s spaceplane take off from Truth or Consequences, New Mexico, on July 11.