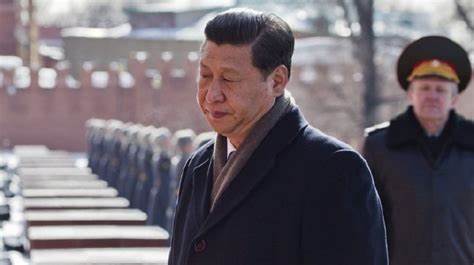 Nearly two-thirds of Americans believe China should pay reparations for the damage caused by the coronavirus pandemic, according to a Center for Security Policy/TIPP poll.

“That number rises from 63 percent to 78 percent if investigations reveal that the Chinese government released the SARS-CoV-19 human coronavirus on purpose,” the poll found.

Nearly half of those surveyed believe the virus “was developed in a lab,” and a quarter believes the virus was created and released by the Chinese government “intentionally.”

“These are astonishing numbers. They reveal a powerful narrowing of the gap since the pandemic began a year and a half ago. The American people are taking an increasingly hard line toward the Chinese regime,” says J. Michael Waller, Senior Analyst for Strategy at the Center for Security Policy.

The poll found that 63% of those surveyed said that China should be “required to compensate” Americans for the damage caused by the virus, even if the release was accidental. “71 percent of Republicans and 61 percent of Democrats and independents in the Center for Security Policy poll say that China must pay reparations,” Waller wrote.

If it is found that China “intentionally” released the virus, 78% of the public would then demand reparations from the communist country.

“The Center’s poll was conducted by TechnoMetrica, between June 30 and July 2, 2021, and the nationwide study had a sample of 1,424 Americans, 18 or older,” according to Waller.

The Center’s poll results are similar to a recent Politico-Harvard poll which shows that 52% of the public believes that the virus that causes COVID-19 came from a “laboratory leak in China.”

The Politico-Harvard poll found that 59% of Republicans, 52% of Democrats, and 47% of independents say that the virus came from a Chinese lab. It also found that 82% of the public thinks it is “important” for the U.S. government to investigate the origins of the virus.

“The poll’s findings show what was once a fringe belief held mainly among some on the political right has become accepted by most Republicans, as well as most Democrats, amid heightened scrutiny of the lab leak theory,” according to Politico.

The Politico-Harvard poll surveyed 1,009 adults from June 22-27. The margin of error was plus or minus 3.8 percentage points, according to Politico.