Nearly half of Americans think the FBI functions as Biden’s ‘personal gestapo’: poll 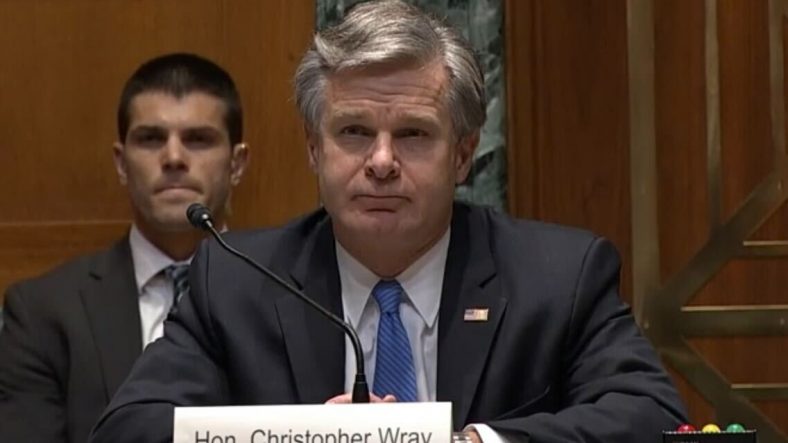 According to a newly released Rasmussen poll, 46% of likely voters believe that the FBI has strayed from its mission and is now acting as the enforcement arm of President Joe Biden.

“Roger Stone, an adviser to former President Donald Trump, has said there is ‘a group of politicized thugs at the top of the FBI who are using the FBI … as Joe Biden‘s personal Gestapo,’” reads the poll report. “Forty-six percent of voters agree with Stone’s assessment, including 29 percent who Strongly Agree. Thirty-eight percent disagree with Stone’s claim, including 25 percent who Strongly Disagree.”

64% of Republicans said they believe the FBI acts as Biden’s “personal gestapo” compared to only 30% of Democrats.

Only 46% of respondents say they have a favorable impression of the FBI, which is down from 60% in May 2020.

50% of likely voters also believe FBI Director Christopher Wray is influenced by President Biden “in his decision making,” while a 2017 poll showed that only 26% believed the same thing of the FBI director. Currently, only 26% of respondents believe Wray functions independently of the Biden administration, in contrast to the spring of 2017 when 53% believed the FBI director functioned independently.

In a strikingly low level of confidence, now only 10% of Americans believe current FBI Director Wray is an improvement on his predecessor. 25% said that Wray is worse than most other FBI directors who came before him while only 17% believed that in 2020.

37% say Wray’s job performance is roughly the same as other FBI directors and 28% are not sure.

RELATED: Biden administration to exclude farmers of color from debt relief, despite promise