NBA player not allowed to eat in same room with his teammates, per vaccine protocol 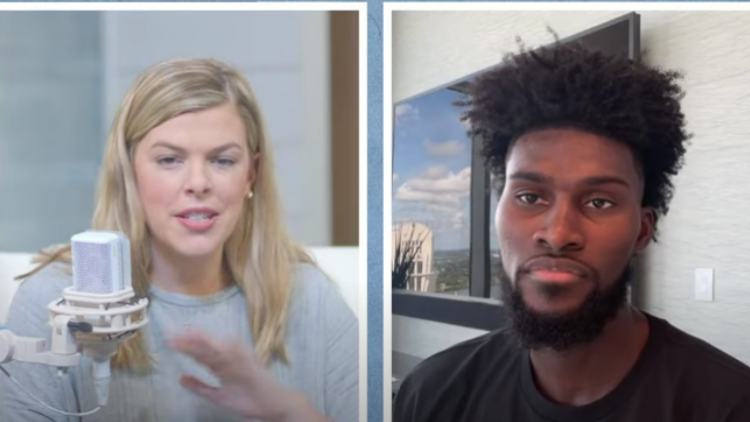 Orlando Magic’s Jonathan Isaac is barred from many normal activities off the court, such as eating in the same room as his team, due to his decision to forego Covid-19 vaccination.

“If the team is eating in a restaurant, I can’t eat in the same room as them,” Isaac told Allie Beth Stuckey.

RELATED: Supermodel Doutzen Kroes takes stand against mandatory vaccinations: ‘I will not be forced’

Isaac made headlines last week when he said during a press conference that although he supports vaccines, he has chosen to trust his natural immunity rather than getting vaccinated. This week, he sat down with Stuckey to discuss the implications of his decision as a professional basketball player in the NBA.

“So, you have to be in a different locker room, a different part of the bus because you’re unvaccinated, but then you get on the court and you do, you know, what play?” asked Stuckey.

“Exactly, I don’t know all of the regulations that have been laid out. But I know some of them would be, you know, I’m not allowed to go to, like, team functions. Or if the team is eating in a restaurant, I can’t eat in the same room as them. To me, it just doesn’t logically follow for us then to get on the court together. And then again, for natural immunity to be ignored, and then again, just this, all of this, is coming about talking about a virus with such a high survival rate,” Isaac responded.

Other restrictions unvaccinated players will be subjected to include forfeiting pay in any city where Covid regulations bar a player from taking part in the game, using isolated lockers, and mandatory masking and maintaining a 6 ft. distance from other players during team meetings. They are also prohibited from “higher-risk settings,” per the NBA, such as restaurants, bars, clubs, entertainment venues, and large indoor gatherings. On the road, they will not be allowed off their hotel property, with very few exceptions.

“I’ve had Covid in the past,” Isaac said during his press conference last week.

“Our understanding of antibodies, of natural immunity, has changed a great deal from the onset of the pandemic and is still evolving. I understand that the vaccine would help if you catch Covid, you’ll be able to have less symptoms from contracting it, but with me having Covid in the past and having antibodies, with my current age group and fitness – physical fitness – level, it’s not necessarily a fear of mine. Taking the vaccine, like I said, it would decrease my chances of having a severe reaction, but it does open me up to the – albeit rare – chance, but the possibility of having an adverse reaction to the vaccine itself,” he continued.

Isaac expressed support for the vaccine, gratitude for the medical advances that have produced the vaccine, and appreciation for the tireless efforts of the healthcare workers throughout the country.

He said that he believes that each person should be able to make their own informed decision about what they put in their body.

“It is my belief that the vaccine status of every person should be their own choice and completely up to them, without bullying, without being pressured, and without being forced into doing so,” Isaac told Stuckey.

“So is that something that I guess you’re just taking into stride and doing everything you can to kind of abide by your own conscience, but also, you know, submit to the regulations that are being put in place?” asked Stuckey, in regards to the NBA regulations.

“The NBA is free to make those regulations,” Isaac responded. “And you know, as a member of the NBA, I’m going to follow them. But my only point would be, to me, it doesn’t logically follow for us then, to jump on the court, or for me to be at a different locker room than my teammates, but then follow into the same tunnel and to go out to the game.”