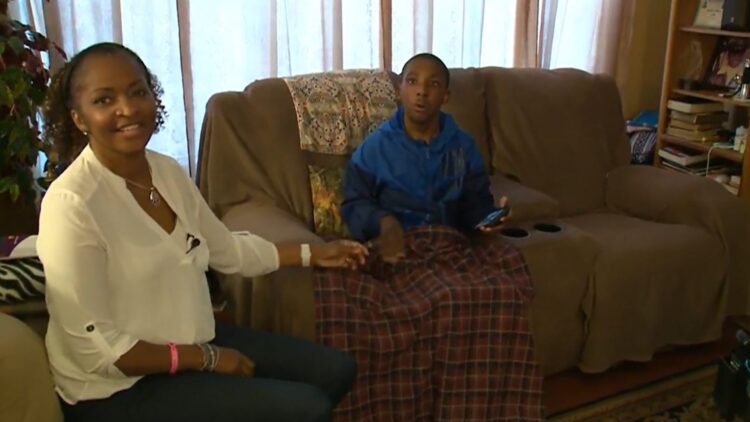 A family says they were kicked off a Southwest flight over their autistic, nonverbal son being unable to wear a face mask.

“He’s autistic. He has a hard time, so he’s nonverbal. But he’s a joy. I can’t imagine my life without him,” Lashaunda Jethro, the mother of 17-year-old Trey, said. “He will not keep a mask on his face. We have tried and tried. He just won’t do it.”

Southwest allows mask exemptions for those with disabilities as well as doctor’s notes, which Jethro says she provided.

“We get to the door of the plane, and the flight attendant is like ‘No, he can’t come on. He got to wear a mask.’ I got my phone out, pulled out the doctor’s letter, and she was like, ‘Well, no, this has to come from corporate, and you have to do this before you get on the plane,’” Jethro, a nurse practitioner, recalled.

Jethro explained that she and the family are vaccinated against the coronavirus and attempted to show the flight attendant her son’s vaccination card. The family was eventually allowed to board the flight. However, they were asked to leave as soon as they took their seats.

The family was eventually allowed to board the flight but were asked to leave once they sat in their seats.

Southwest maintains that Jethro was asked to leave the plane after a conversation with flight attendants where she allegedly did not wear a mask.

“I don’t know. I’m just still so in shock and just so amazed that this happened. It’s like what else can I do? I don’t know what else to do besides call corporate. What do we need to do to make sure we’re doing the right thing?” Jethro said.

The family ended up taking a different flight home. However, their luggage and Trey’s medication were flown on their original flight, and the family has been unable to track it down.