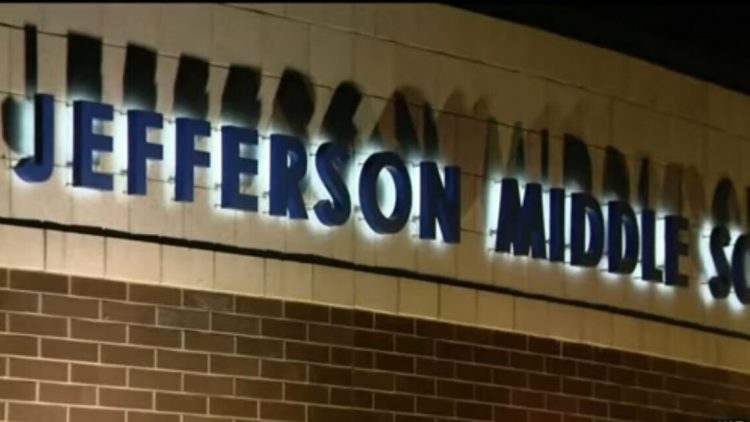 An unnamed teacher at Jefferson Middle School in St. Clair Shores, MI, has been arrested for leaving inappropriate and threatening notes in staff areas of the school.

“One of the notes appeared to be an attempt at making a false threat in the hope of closing school,” the superintendent informed the school families.

The threat comes as fear and anxiety run high across the country in fear of “copycat” killers in the wake of the Oxford High School shooting in November.

“Based on the facts, information and timeline, the team was confident everyone was safe, and there was no need for initiating any lockdown or other safety protocols,” superintendent Karl Paulson continued.

The teacher was identified via security footage. The handwritten notes were left in a variety of areas in the school accessible to the staff. Some staff are speculating that the teacher’s motivation was to get school canceled so that the teachers could have a day off.

Although no charges have been made public yet, the Macomb County Prosecutor, Peter Lucido, said there is enough evidence for the teacher to be charged with multiple crimes. The arraignment is expected in the next few days.

“This doesn’t reflect on all teachers; it’s only one teacher — but don’t we have enough problems in schools right now?” Lucido said.

Jefferson Middle School has fully committed to cooperating with law enforcement, Paulson announced, expressing his “extreme” disappointment with the teacher in question and the need for cooperation between staff, parents, and students. “Our schools stay safe when we work together,” he said. “Remember, see something — say something.”

“Of course, she’s innocent until proven guilty, and all of this will come out in court. But this doesn’t help with everything that’s been going on recently,” Lucido commented.

“If you’ve got teachers making threats, how safe do you think the parents are going to think that school is?” he continued.