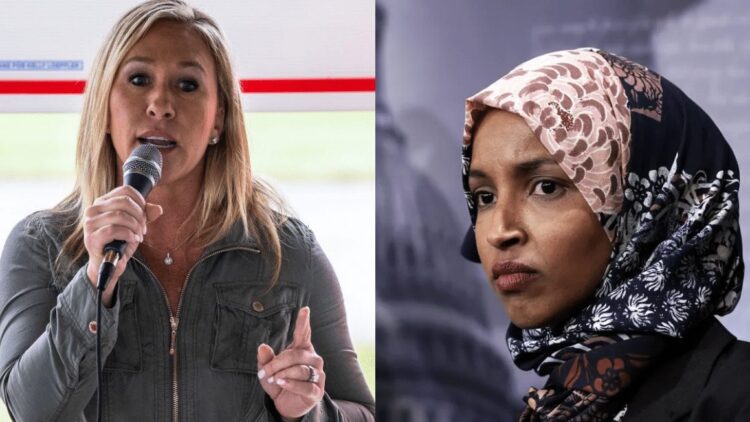 Rep. Marjorie Taylor Greene of Georgia tweeted a message to Ilhan Omar to tell “her buddies” in the terror group Hamas to stop bombing Israel.

Greene’s use of “Jihad Squad” includes a group of progressive lawmakers who refer to themselves as “The Squad” including, Minnesota Rep. Ilhan Omar, New York Rep. Alexandria Ocasio-Cortez, and Michigan Rep. Rashida Tlaib. All of which have made comments in the past that were viewed as being sympathetic to terrorists.

Omar and Tlaib have a history of making antisemtic comments, earning them criticism from their own party. Omar was also criticized in 2019 for referring to the Sept. 11, 2001 terror attacks as “some people did something” during a fundraiser for the Council on American Islamic Relations.

Tlaib, the first Palestinian-American elected to Congress, received major pushback for her comments referring to the Holocaust as giving her a “calming feeling” back in 2019.

Ocasio-Cortez made comments recently blasting President Biden’s assertion that Israel has a right to defend itself from attacks by Hamas and compared the treatment of Palestinians to the treatment of children at the U.S. Southern Border.

Greene has had multiple altercations with Democrats on Capitol Hill since being elected in 2020. Recently, she challenged Ocasio-Cortez to a public debate over the left’s Green New Deal and other climate change policies.

“Her kind of fixation has lasted for several years now,” Ocasio-Cortez said. “At this point, I think the depth of that un-wellness has raised concerns for other members as well, and I think that this is an assessment that needs to be made by the proper professionals.”

Greene has called repeatedly for members of the “Jihad Squad” to be expelled from Congress over what she calls their support for terrorism.