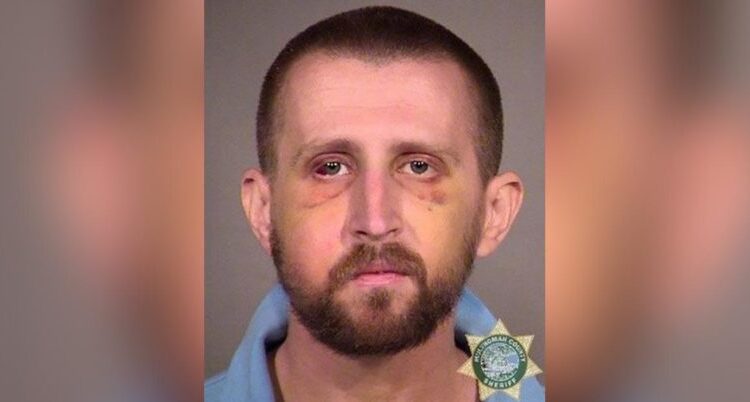 A Portland man knocked out an active shooter at an apartment complex with a stick and hogtied him until police arrived.

“The combination of guns, alcohol and mental health issues create an unmanageable risk to the victims and members of the public,” said Portland Senior Deputy District Attorney Nathan Vasquez about the shooting.

Luke Stolarzyk, 32, got into a heated argument with his neighbor around 1:15 a.m. on June 29 over a dog barking in their apartment complex. Stolarzyk was “visibly intoxicated” and carrying a handgun with a green laser pointer before returning to his apartment to get his AR-15.

Resident Peroz Khoshnaw said once she heard the gunshots, she fell to her knees to pray as bullets broke windows just a few feet away from where she was kneeling. “Prayer saved me from the gunshots,” Khoshnaw said. Diane Ford, another resident, said she was walking her dog to the overnight mailbox when she heard men yelling at each other and then, moments later, gunshots.

“I could see the flashes,” Ford told local media. “It didn’t hit me until today how close I was to getting shot.”

After the nearly 30 rounds were shot into the apartment complex, neighbor John Dickson snuck up on the gunman and bashed him with a stick. Dickson wrestled the gun away from Stolarzyk and punched him until he was knocked unconscious.

“He knocked the guy out,” Misty Garrett, a resident of the complex, said. “It took a long time for the police to show up here. During that time, another guy joined in trying to tie him up and beat him up,” she added.

Dickinson kneed the AR-15 out of Stolarzyk’s hands and got it away from the shooter while another resident dismantled it. The neighbors then hogtied Stolarzyk until the police arrived, according to court documents. The arrest warrant says responding officers arrived to find “several people standing around the defendant, who was hogtied and had been beaten up.”

“You’re lucky I didn’t kill you,” Stolarzyk yelled before being taken away in an ambulance, according to the documents.

Stolarzyk reportedly has threatened others and himself with guns in the past, leading to a restraining order against him by his own mother back in April. Police say the weapons recovered from Stolarzyk were legally obtained.