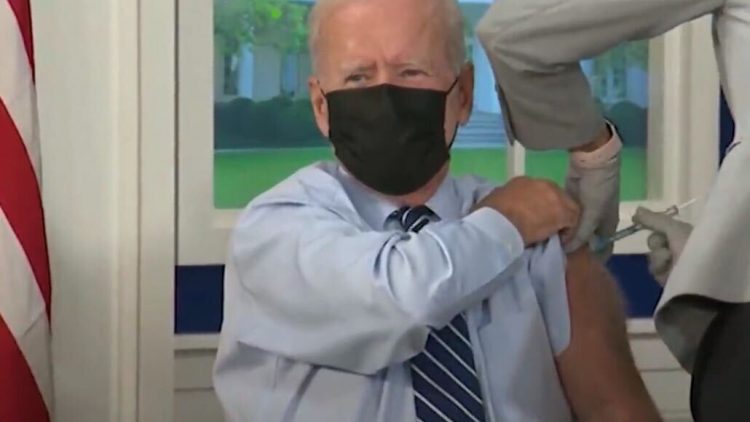 A new poll shows that less than half of the American people trust Joe Biden’s Covid-19 rhetoric – for the first time in his presidency, he has a trust deficit.

“He won on COVID, he surfed the first six months on COVID, but he’s being challenged by it now because there’s not a clear resolution in sight,” said Cliff Young, president of Ipsos U.S. public affairs.

Only 45% of poll respondents said they trust Biden to provide accurate information on Covid a “great deal” or a “fair amount,” following a downward trend in the public’s trust in the president since a high at nearly 60% in January.

When Biden took office, there was already a vaccine available, and the polling responses show that people were relieved, enthusiastic, and hopeful. The poll response patterns show an overall downward trend over time, but did not take a nosedive until the most recent poll in September.

53% of those polled said they have little or no trust in Biden. The decline happened across the board, with a net drop of 11 percentage points among Democrats, 17 points with independents, and 10 points with Republicans.

The most recent September survey shows 81% of Democrats trust Biden on COVID, while only 42% of independents and 11% of Republicans say the same thing.

The poll also shows that Americans are feeling less fearful about living their lives and doing normal activities. Last year, 51% felt comfortable letting their children Trick-or-Treat, while this year, 68% say the same. A majority, 60%, also say they feel Trick-or-Treating within their community carries little to no risk.

The poll was conducted by Axios/Ipsos. Responses to the most recent survey were taken from September 24-27 by Ipsos’ KnowledgePanel®, and is based on a nationally representative probability sample of 1,105 general population adults (age 18 or older).The margin of sampling error is ±3.2 percentage points at the 95% confidence level.