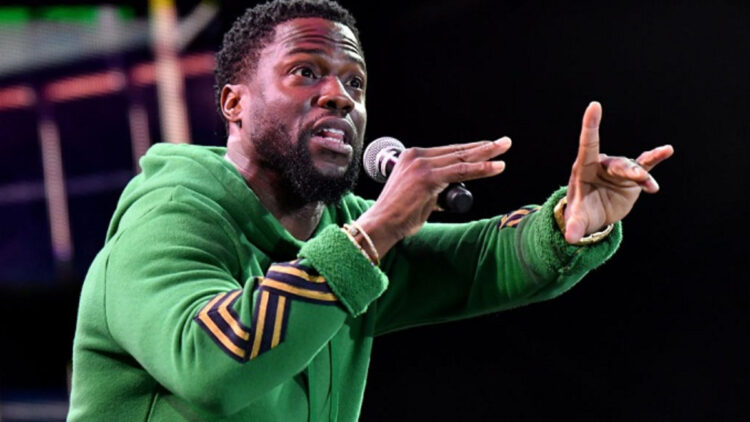 Comedian Kevin Hart had a fiery response to the critics of his recent rant against cancel culture.

“When did we get to a point where life was supposed to be perfect? Where people were supposed to operate perfectly all the time? I don’t understand. I don’t expect perfection from my kids. I don’t expect it from my wife, friends, employees,” Hart said in a rant against cancel culture.

“They’re saying that all life should be over because of a mistake?” he added. “Your life should end and there should be no opportunity to change? What are you talking about?” he asked. “And who are you to make that decision?”

Hart then used his Twitter account to respond to some on social media who criticized him saying he was angry about cancel culture because he isn’t “funny enough” to make it in the comedy business.

“Have any of you who are throwing shade thought about how many jobs and lives his success creates and sustains? His success employs people,” one user replied.

“J Cole said it best “If ur laughing at a millionaire the jokes on YOU” …..Now back to ur regularly scheduled program. Live love and laugh!!!!” Hart continued.

“Now I get why you don’t write your own material,” quipped one user.

Another user mocked Hart’s reaction to receiving criticism from people on Twitter saying, “Imagine waking up one day, wildly successful, hella rich. Millions of fans worldwide, loyal family, friends, acquaintances and business partners all around and thinking… yo, I gotta respond to people hating on Twitter. That’s crazy. Lol.”

The comedian and actor lost his role in hosting the Academy Awards in 2019 after tweets and statements he made over ten years ago were condemned as “homophobic.” Hart is starring in a movie entitled “Fatherhood” to be released on Netflix on June 18.

“If people want to pull up stuff, go back to the same tweets of old, go ahead. There is nothing I can do,” he said last week. “You’re looking at a younger version of myself. A comedian trying to be funny and, at that attempt, failing. Apologies were made. I understand now how it comes off. I look back and cringe. So it’s growth. It’s about growth.”

“If somebody has done something truly damaging then, absolutely, a consequence should be attached. But when you just talk about … nonsense?” He added. “When you’re talking, ‘Someone said! They need to be taken [down]!’ Shut the f*** up! What are you talking about?”