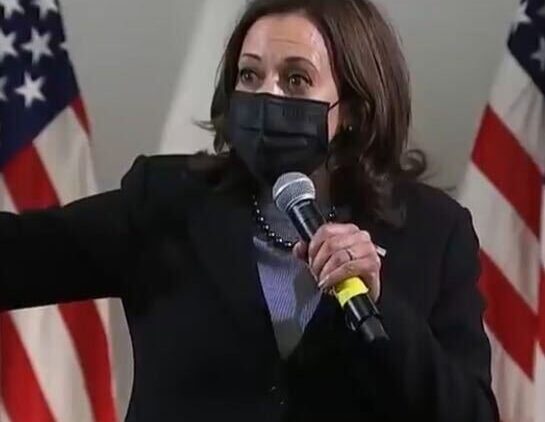 The Vice President’s medical appointment took place following her meeting with a group of Texas House Democrats last week, five of whom have now tested positive for COVID-19, despite being fully vaccinated. “This Delta variant is no joke. Get vaccinated,” Kamala Harris tweeted Sunday.

“Based on the timeline of these positive tests, it was determined the Vice President and her staff present at the meeting were not at risk of exposure because they were not in close contact with those who tested positive and therefore do not need to be tested or quarantined,” says Symone Sanders, a senior adviser and chief spokesperson for Vice President Harris.

The Texas House Democratic Caucus released a statement assuring the public that the infected state representatives were either asymptomatic or only experiencing mild symptoms. “In light of some positive COVID-19 tests over the weekend, the House Democratic Caucus has decided to go beyond CDC guidance and provide daily rapid tests for all Members and staff in Washington D.C. for this week,” the caucus said. They declined to identify which members are infected with COVID-19.

“The House Democratic Caucus is following all CDC guidance and protocols. This is a sober reminder that COVID is still with us, and though vaccinations offer tremendous protection, we still must take necessary precautions,” said Chris Turner, caucus chairman.

The Texas House Democrats have been widely criticized for a viral photo showing the group sitting unmasked on a plane on their way to Washington, D.C. The legislators flew to the capitol briefly last week in an attempt to paralyze the Texas legislature by preventing the quorum required for legislative action, specifically the passage of a new Republican-sponsored voting law.

While in Washington, the Texas House Democrats met with several top Democrat leaders, among those Senate Majority Leader Charles Schumer (D-N.Y.) and Sen. Joe Manchin (D-W.Va.). None of them held meetings with President Joe Biden.