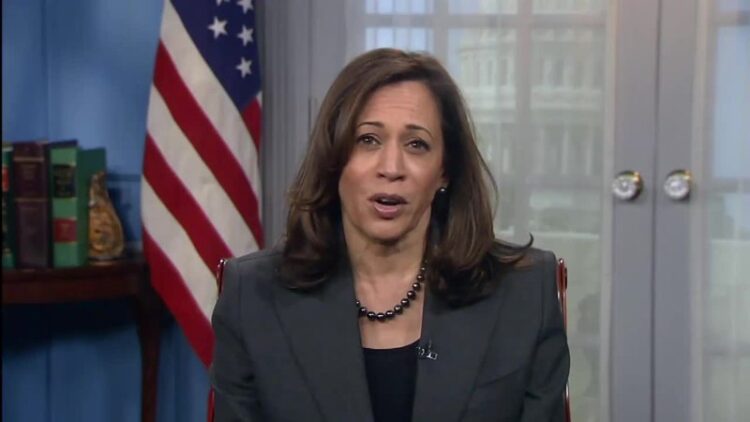 Vice President Kamala Harris has a 46% total negative approval rating, according to a new poll from NBC.

“VP Harris has lowest feeling thermometer of any first-year VP going back to Gore in 1993 … with an unprecedented “very negative” rating on @NBCNews survey tracking,” tweeted pollster Bill McInturff.

The survey shows that Harris has the largest “total positive” versus “total negative” gap at negative 9 points. For comparison, in previous surveys, Mike Pence had a negative 1 point gap and, and Joe Biden was positive 2 points in his first year as Vice President in 2009.

RELATED: Majority of Americans ‘not confident’ Kamala Harris is ready to be president: poll

McInturff also pointed out Harris’ “very positive” versus “very negative” rating gap was negative 17 points. That is nearly triple the next worst, Biden’s negative 6 point gap in his first year as Vice President.

Reactions to the poll centered around her being the first female vice president.

“That’s because we are watching them use the same tactics they used on Hillary Clinton. Misogyny is key to this poll,” said one Twitter user.

“I don’t like her at all. I guess I caught Misogyny Guess masks don’t work for that,” replied another.

“I think our partisan era + racism/misogyny play a huge part in people’s “feelings.” And it’s a sign that our media doesn’t ask this question, particularly of the 2nd issue,” said another.

“I mean… how about she doesn’t stand for anything other than her own career advancement?” Replied someone else.

Since taking office, Harris has taken immense criticism from both sides of the aisle for her failure to address the ongoing southern border crisis. President Biden put Harris in charge of the border crisis in March. She has yet to unveil a comprehensive strategy to stop the flow of hundreds of thousands of illegal immigrants rushing the border. She is currently traveling through Asia.