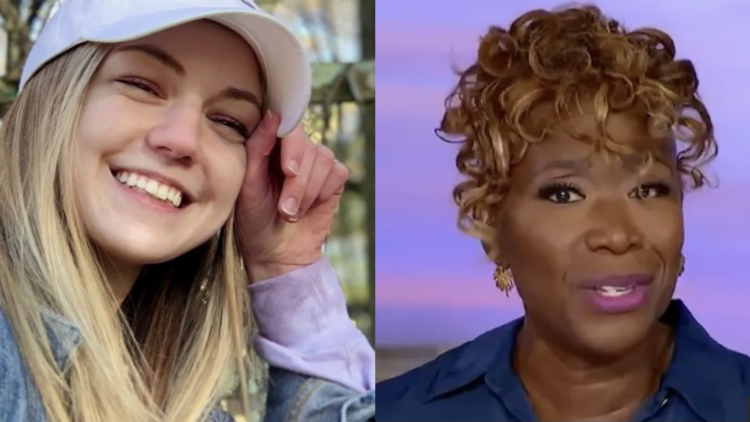 MSNBC host Joy Reid said Monday that the nation’s interest in the Gabby Petito case was “missing white woman syndrome,” claiming that people wouldn’t care if she were a person of color.

“The way this story captivated the nation has many wondering, why not the same media attention when people of color go missing? Well, the answer actually has a name: Missing White Woman Syndrome – the term coined by the late and great Gwen Ifill to describe the media and public fascination with missing white women like Laci Peterson or Natalee Holloway while ignoring cases involving people of color,” Reid said during her show, “ReidOut.”

“Now it goes without saying that no family should ever have to endure that kind of pain, and the Pepito family certainly deserves answers and justice,” Reid added.

She then introduced two guests who supported her claim that the nation does not tend to care when a person of color goes missing.

“It is definitely the issue. And we have been sounding the alarm for nearly 14 years because of this. When it comes to missing persons of color, men, women, and children, our cases are not taken seriously, and no one is looking for us if we were to go missing,” Black and Missing Foundation co-founder Derrica Wilson said.

Reid spent the segment discussing possible reasons for non-white missing women gaining less attention in the media. Reid and her guests discuss why missing minorities are often dismissed as “runaways” because they live most of their lives in poverty and higher crime.

Reid suggested that women of color are overlooked because they don’t look like the daughters and granddaughters of newsroom executives, alluding to her guest’s claims that stories of missing non-white women are not sensational enough for most white, middle-aged males who lead newsrooms.

Petito and her boyfriend Brian Laundrie were touring western states together in her van for months until he arrived back home to North Port, Florida, without her on Sept. 1. He was reportedly home for about two weeks before the search for Petito began.

Laundrie refused to speak with authorities on the advice of his attorney. He is now a person of interest in Petito’s disappearance and has gone missing himself.

An autopsy is set for Tuesday to determine whether human remains found in Wyoming are Gabby Petito’s.