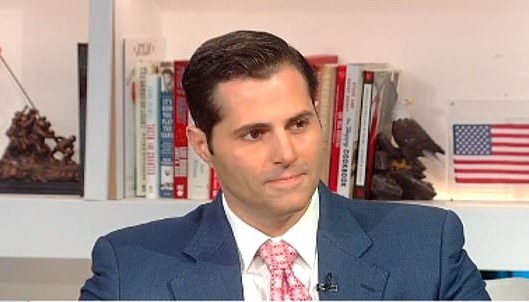 Christopher Sign, the journalist who originally broke the story of Bill Clinton meeting with then-Attorney General Loretta Lynch in her private jet just before the 2016 presidential election, has been found dead from an apparent suicide.

“My heart aches for his boys, his wife, and his family. He was so loved and will be so very missed,” tweeted one of Sign’s colleagues after hearing the news of his death.

Sign was the anchor for Birmingham Alabama’s local ABC evening news show. While working for a TV station in Phoenix, Sign broke the news that former President Bill Clinton in June of 2016 met at Sky Harbor Airport with then United States Attorney General Loretta Lynch. The meeting raised concerns about improper ethical behavior and raised suspicions on whether Clinton was attempting to lobby Lynch on his wife’s behalf.

Hillary Clinton at the time was the Democratic Party’s nominee for President against then-candidate Donald Trump. Hillary was under investigation for her use of a private email server for her role as Secretary of State, rather than the secure federal servers. Doing so potentially made classified information vulnerable to hacking from foreign agents.

“We knew something had occurred that was a bit unusual. It was a planned meeting. It was not a coincidence.” Sign told Fox and Friends in February of 2020 ahead of the release of his new book Secret on the Tarmac. An expose aimed at revealing the truth behind the infamous meeting between Clinton and Lynch.

“The plan was perfect. No cameras, no microphones, no prying eyes and plenty of security. The setting for a clandestine meeting could not have been better,” the book’s description reads.

“Former President Bill Clinton exited Attorney General Loretta Lynch’s private plane 20-minutes after he boarded. Both thought they got away with it. Both were wrong. Amid a heated Presidential race, federal investigations involving emails, and Benghazi and society looking for clarity on the future of the country, the secret tarmac meeting would only complicate things. The secret meeting would have never been revealed if it weren’t for a veteran journalist and a trusted source,” the description continues.

Republicans used the notion of a corrupt secret tarmac meeting between the two Democratic Party leaders as an attack on Hillary during the campaign. Donald Trump tweeted at the time: “Does anybody really believe that Bill Clinton and the U.S.A.G. talked only about ‘grandkids’ and golf for 37 minutes in plane on tarmac?”

“He then sat and waited in his car with the motorcade, her airstairs come down, most of her staff gets off, he then gets on as the Secret Service and FBI are figuring out “How in the world are we supposed to handle this? What are we supposed to do?”‘ Sign told Fox News what his source told him they witnessed.

“My family received significant death threats shortly after breaking this story,” he said. “Credit cards hacked. You know, my children, we have code words. We have secret code words that they know what to do.”

“To this day I have never found a single person who claims or corroborates any story that Bill Clinton played golf on this particular trip,… I feel strongly the former president did not play golf on this visit,” Sign told an investigative team with Real Clear last May.

Lynch was later required to outline the details of the tarmac meeting to Justice Department Inspector Michael Horowitz and to lawmakers on Capitol Hill.

“As we walked to the door, the head of my security detail came to me and said: ‘Ma’am, I’ve been informed,…that former President Clinton is also at the airfield and would like to say hello,'” Lynch said during her testimony.

She said the meeting involved much chatting about Lynch’s trip and her flight, Clinton’s new grandchild, Brexit, and other non-email investigation-related topics.

She said the roughly twenty-minute meeting was “the only real conversation I’ve ever had with him.” She added in her testimony: “And at one point a staffer of mine came on the plane to get me. And at that point the president was – Mr. Clinton was then talking about Brexit.”

When lawmakers questioned Lynch about whether she thought the meeting was going on for too long, she admitted, “As we were leaving I felt that it was – it certainly was going to raise a potential issue in the appearance of how the case was being handled.”

Many of Sign’s colleagues wrote their messages of love and respect in a joint article published on ABC 33/40 News channels website.

“To know Chris, was to love Chris,” his colleagues wrote.

“His family was the single most important thing in his life which is why he ended up returning to ABC 33/40 four years ago. Chris first worked here as a reporter in the late ’90s and early 2000s,” they continued.

Prior to becoming a journalist, Sign attended the University of Alabama in the 1990s, where he played on the school’s football team as an offensive lineman. He is survived by Laura and their three children.