Joe Biden tells restaurateur to pay workers more: ‘They have opportunities to do other things’ 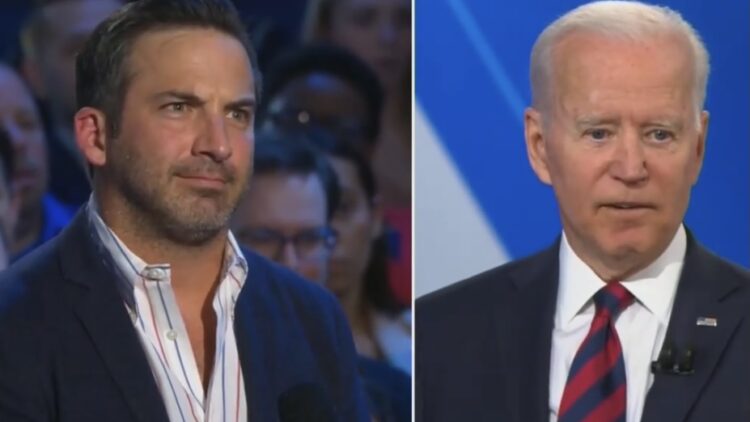 President Biden told a restaurant owner at an Ohio town hall that people don’t want to work in restaurants anymore unless they’re being paid at least $15 an hour.

“It really is a matter of people deciding now that they have opportunities to do other things…so I think your business is really going to be in a bind for a little while,” Biden told Cincinnati restaurateur John Lanni on Wednesday. “My guess is that people making $7, $8 an hour plus tips, that’s – I think John – you are going to be finding $15 an hour now.”

Lanni, a Republican, is the co-founder and owner of Cincinnati restaurant group Thunderdome which has 39 locations across the country. He was asked to attend the CNN town hall by the network along with his friend and fellow restaurateur Jean-Francois Flechet. Lanni said as soon as he was invited he knew exactly what he’d ask about: the labor shortage and the restaurant revitalization fund.

“We employ hundreds of hard-working team members throughout the state of Ohio and across the country, and we’re looking to hire more every day as we try to restart our restaurant business,” Lanni said to Biden. “The entire industry, amongst other industries, continues to struggle to find employees. How do you and the Biden administration plan to incentivize those that haven’t returned to work yet? Hiring is our top priority right now.”

Biden began by telling Lanni that the first thing his administration did to help John, and others like him, was spend billions of dollars to make sure restaurants can stay open. Biden, referring to the RESTAURANTS Act of 2020, established the Restaurant Revitalization Fund and was passed last year under the Trump administration. Lanni said after the town hall that he felt like Biden didn’t answer his question.

“I feel like he didn’t really answer the question,” Lanni said. “I was hoping he would recognize it is every industry’s dilemma, we are in a labor crisis and we need to find a way to incentivize people to get back to work. I just heard restaurants are going to have a hard road going forward and that we need to pay our workers more. That’s happening and it’s still not enough.” Lanni added that 80-90% of his workers make more than a livable wage, if $15 an hour is considered the baseline.

Weekly jobless claims totaled 419,000 last week, almost 80,000 more claims than the 350,000 estimate, despite hopes that the labor market would strongly recover this fall.