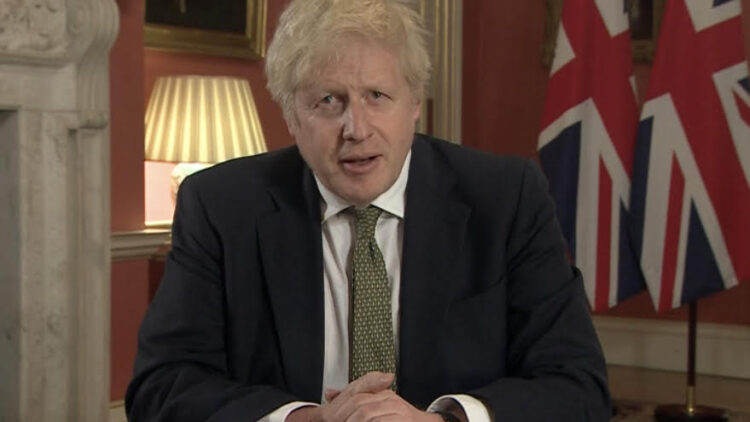 “I think it’s been clear for many months that the situation could go very fast, and that’s been part of the intelligence briefing,” Johnson said in a statement to British troops who had just returned from Kabul. “There have also been suggestions that the Afghan national defense force might hold on for longer. But logically, you can see what happened.”

Johnson’s statement directly contradicts the Biden administration’s narrative that they were completely blindsided by the Taliban’s victory and appears to have escalated tensions between the two countries. Recent reports have alleged that Biden ignored Johnson’s phone calls for 36 hours as the Taliban cemented their control over Afghanistan.

“The US remains by far and away [Britain’s] most important ally, but we are not Washington’s most important ally by some stretch,” an unnamed cabinet minister said. He added that the U.S. not realizing that Afghanistan was on the brink of collapse is evidence that America is “looking inward and is unwilling to do even a modest amount to maintain global order.”

Yesterday, the United Kingdom’s Defense Secretary, Ben Wallace, appeared to claim that the Afghanistan collapse suggests that neither Britain nor America are world superpowers anymore.

“It is obvious that Britain is not a superpower,” Wallace said after being asked if the exit from Afghanistan demonstrated the limits of British power on the world stage. “But a superpower that is also not prepared to stick at something isn’t, probably, a superpower either,” he added.

Other UK lawmakers condemned Biden over his treatment of military service members.

“I’ve watched good men go into the earth, taking with them a part of me and a part of all of us,” Tom Tugendhadt, who himself served in Afghanistan, said in a statement. “To see [Biden] call into question the courage of men I fought with, to claim that they ran, is shameful. Those who have never fought for the colors they fly should be careful about criticizing those who have.”

Reports have also alleged that Johnson has begun calling Biden “Sleepy Joe” and has described the U.S. president as “lightweight and inward-looking.” Biden, on the other hand, has reportedly been referring to Johnson as “mini-Trump.” However, it appears that both countries’ leaders have damaged international relations, including their standing with NATO.

“NATO and the West, whatever we like to think, have been weakened, that remarkable solidarity of 20 years has been damaged, and the mighty United States of America has been humiliated,” said Lord Robertson, who was secretary-general of NATO when its member forces entered Afghanistan in 2001. He added that the withdrawal was a “hasty, crassly handled surrender to the very people that we fought and defeated 20 years ago.”

President Joe Biden’s office did not respond to the Independent Chronicle’s request for comment.