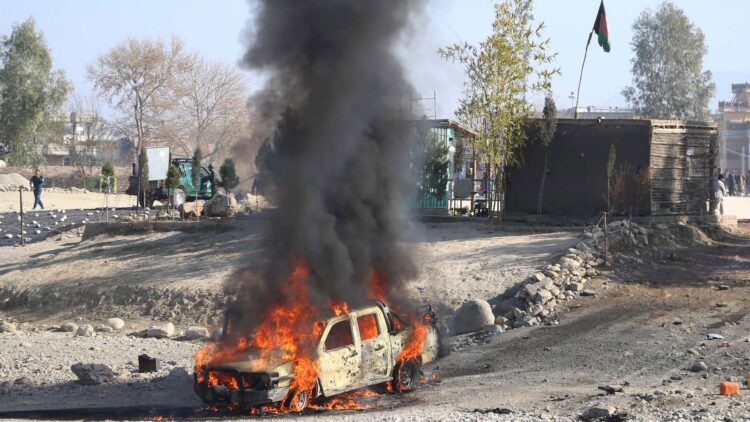 Abdul Rehman, the suicide bomber responsible for the attack that left 13 U.S. service members and 169 Afghanis dead last month in Kabul, was reportedly freed from prison just over a week prior.

“Senior Indian intelligence sources familiar with the case have told Firstpost that he was handed over to the United States Central Intelligence Agency by the Research and Analysis Wing in September 2017,” the Firstpost reported.

“However, the jihadist walked free on 15 August along with thousands of other dangerous terrorists held in the high-security prison, taking advantage of the chaos that ensued in the aftermath of the United State’s hurried exit and the Taliban’s swift takeover of the entire country,” the outlet continued.

The report described Rehman as a terrorist who used the guise of being an engineering student to gain access to India. His father was a well-known merchant who often traveled to New Delhi for business.

After the CIA intercepted messages between him and ISIS officials plotting a suicide bombing attack, Rehman was arrested in New Delhi. Instead of being prosecuted in India, Rehman was handed over to the U.S intelligence agency amid an investigation that allegedly prevented further attacks from happening.

Rehman was detained in the Bagram prison for four years until he was freed in August amid President Joe Biden’s botched withdrawal from Afghanistan.

“America’s disorganized retreat from Afghanistan has led to hundreds of highly-competent and highly-committed terrorists being set free to rejoin the Islamic State, al-Qaeda, and other terrorist groups,” one officer who worked on the Rehman case said.

“Literally a decade’s work on counter-terrorism has been undone by the US’ failure to secure key prisoners in Bagram,” the officer continued. Adding that the consequences of Biden’s handling of the withdrawal will be “very far-reaching.”

Videos and images of inmates being broken out of jails in Afghanistan were widespread after the Taliban takeover of the country.

Despite President Biden’s repeated assertions that no one could have predicted the Taliban would take over Afghanistan in the timeframe they did, General Austin Miller reportedly warned against the withdrawal deadline.

“According to two members present for the hearing, Gen Miller passed his recommendations through the chain of command — that the US should keep a level of troops on the ground (2500 was the number at the time) in order to maintain stability given the Taliban threat assessment,” Fox News reporter Jacqui Heinrich reported last week.

“Miller’s view was troops should maintain holding pattern – potentially supplemented by add’l forces from allied nations – given the threat. Miller shared no recommendation on how long forces should have stayed, making clear he didn’t know what the end timeline would be,” Heinrich added.

“Miller also said that he strongly dissented with the intel assessment that Afghanistan would fall to the Taliban between 1-3 years, saying he thought it would go much, much faster,” Heinrich continued. “Miller also said once his recommendation was turned down, it became his job to execute on the withdrawal order – and eventually, decisions like abandoning Bagram were made because of constraints and troop caps imposed by the President’s orders.”